When your day goes off with a bang

We’ve had a glorious October so far, which is not that unusual. I remember a number of ‘beach days’ In October  in the last few years and last year we had a few days when the temperature was in the 20s! Yesterday was another glorious day – albeit with a chilly easterly breeze. Maria and I took full advantage by taking Finlay for a walk on the beach. Another great thing about October is that all the dog restrictions are lifted so your pal has the full run of the beaches! The tide was out; the sun was too; the sky was blue and there was also some lovely clean surf assisted by the off-shore breeze. All was good in the world!  Then my Coastguard pager went off.

I abandoned Maria and Finlay and made my way to the Station. After a busy summer it has been a quiet Autumn so far for ‘shouts’. This particular job was to investigate a report of possible ordnance found on the beach at Widemouth Bay. It is quite a common procedure. Often they are old flares; sometimes they are corroded buoys masquerading as old mines; old boilers can look like torpedos etc etc. This one was slightly more unusual and was definitely considered to be some sort of old ordnance. The Explosive Ordnance Demolition (EOD) team or ‘Bomb Squad’ from the Royal Navy were duly alerted and confirmed that it needed dealing with. Fast forward a couple of hours and the beach was cordoned off and a controlled explosion down near the water’s edge dispatched the device into the ether with the help of half a kilo of high explosive!

The device had been identified as the head of a Second World War, 20 lb,  anti-tank Spigot Mortar used by the Home Guard – an unpopular weapon. The anti-tank rounds were found to possess several problems. They had insensitive fuses, which meant that they would often pass through an unarmoured target without detonating, and when they did explode fragments were often thrown back at the crew.

The corroded old lump of metal was probably perfectly safe but no chances are ever taken with them and the blast is always entertaining!

If you ever come across anything suspicious on the beach, always leave it well alone (sometimes they contain highly corrosive phosphorous); call 999 and ask for the Coastguard. We look forward to the next discovery.

Meanwhile at The Beach Haven we’re now planning our winter projects which will include some new flooring, a refresh of all the paintwork and some landscaping of the front garden. We look forward to showing you. We currently have a special offer week available: it’s our last remaining October week – 15th 22nd. Normally £645 – now just £495 for up to four people so don’t hang around! Also available is New Year week. Why not get your family together and celebrate in Cornwall? Click here for full availability. 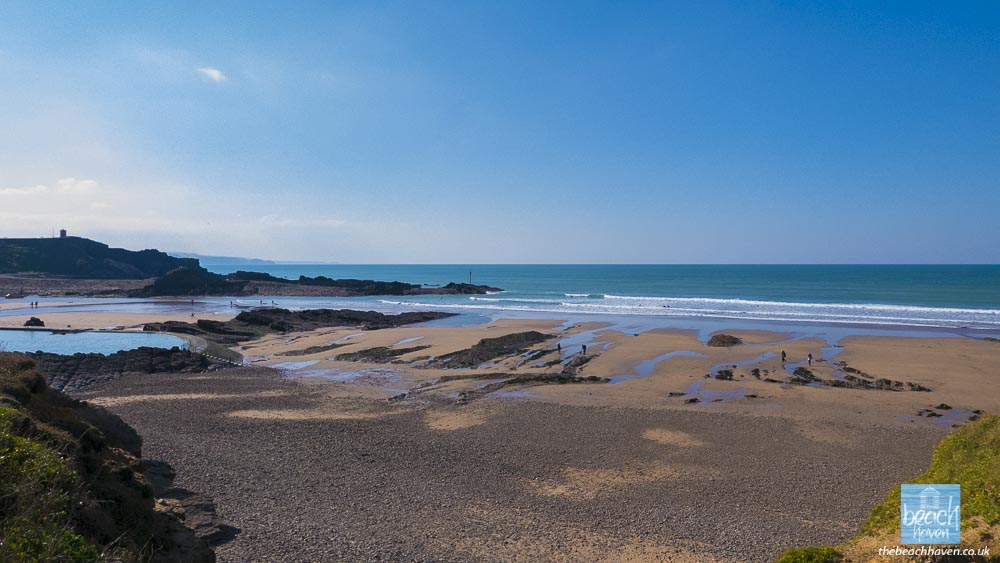 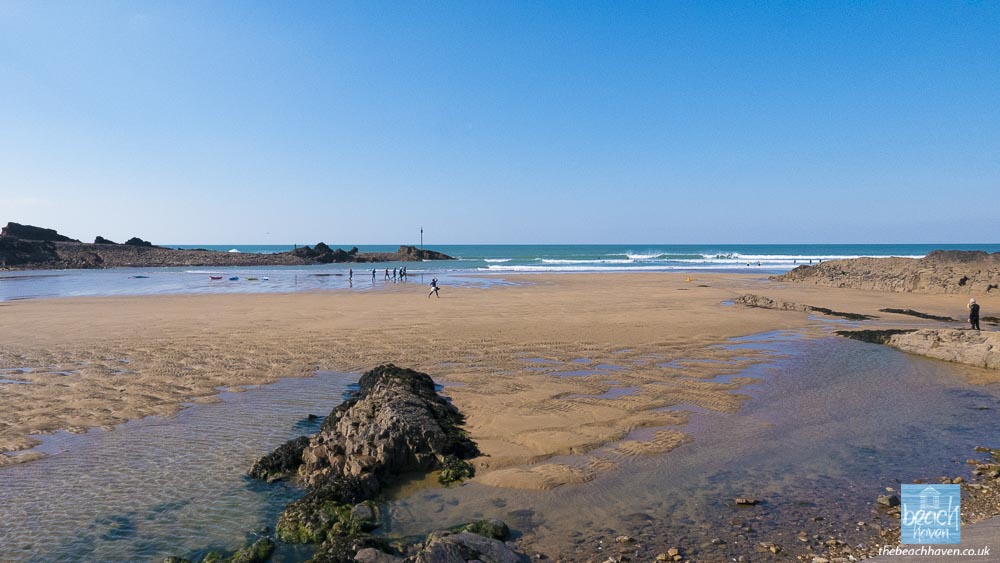 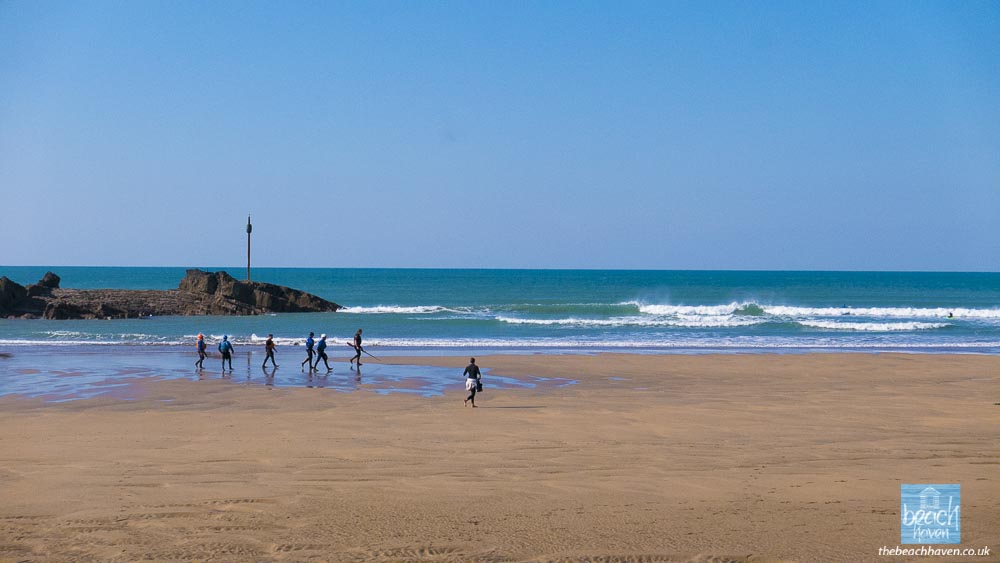 There’s even a small but clean wave. 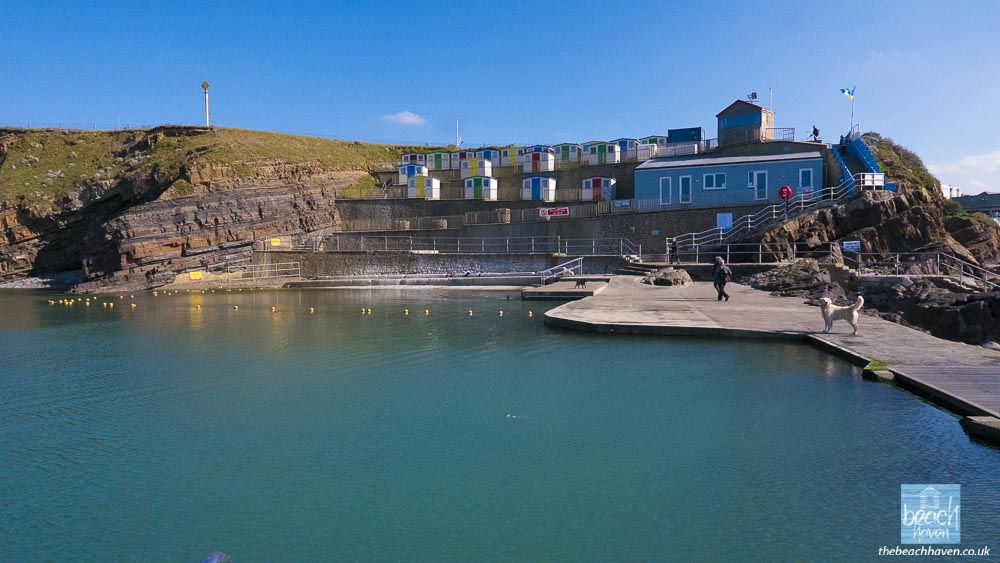 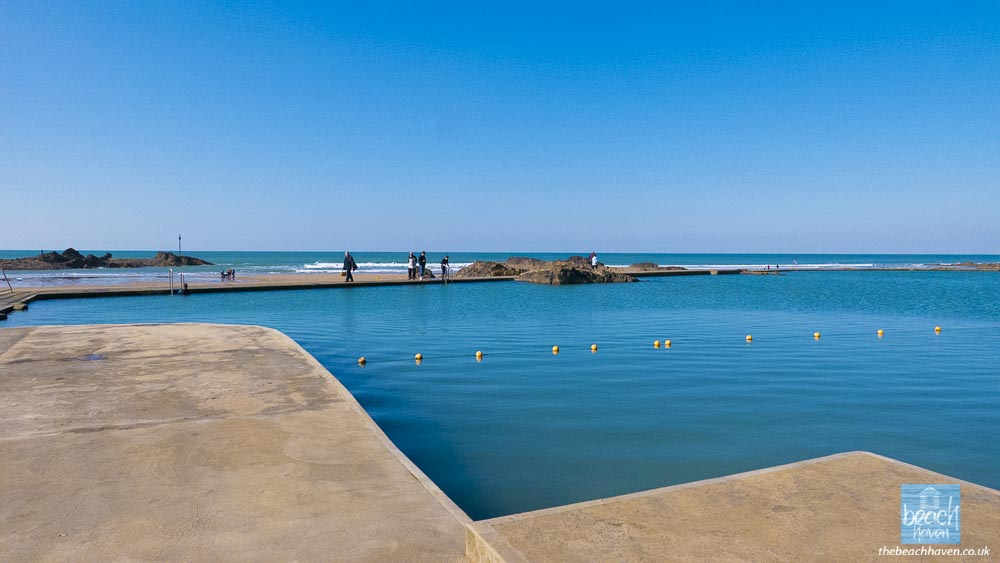 Bude sea pool – can it really be October?! 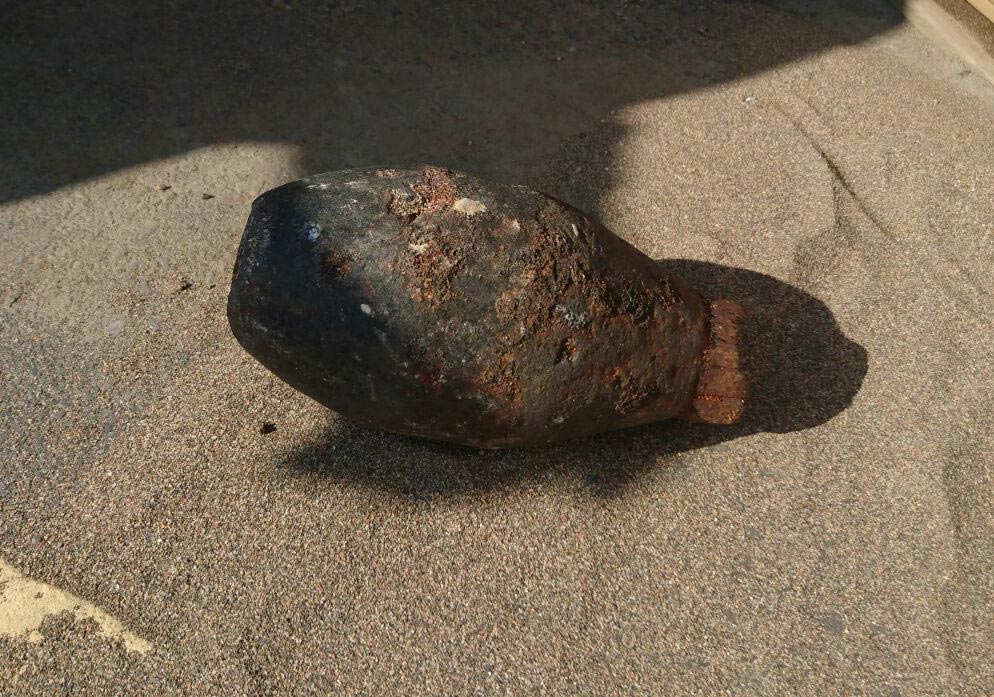 The spigot mortar as discovered. 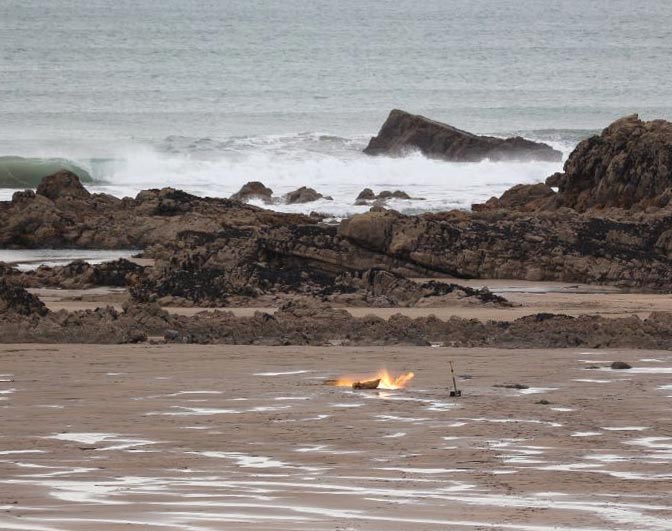 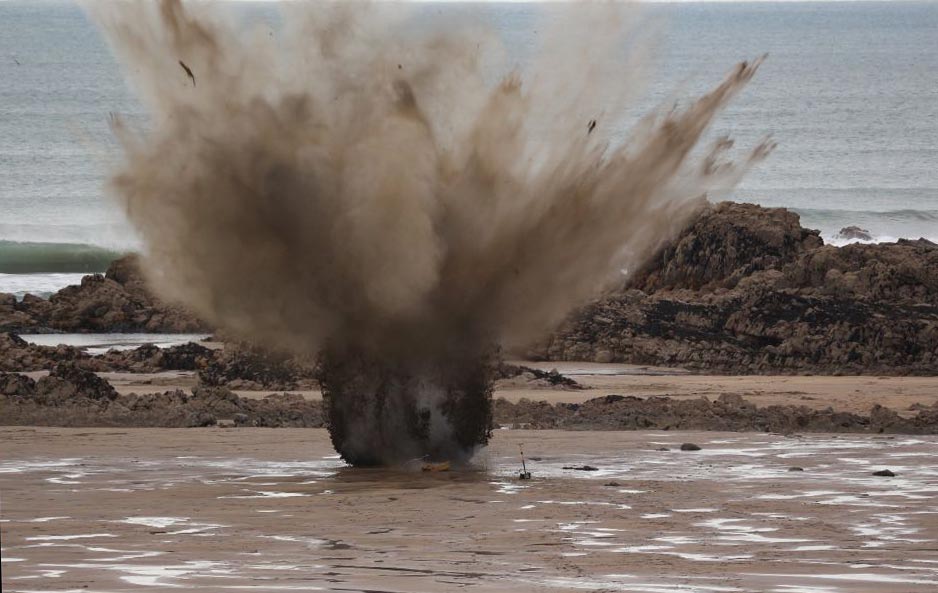 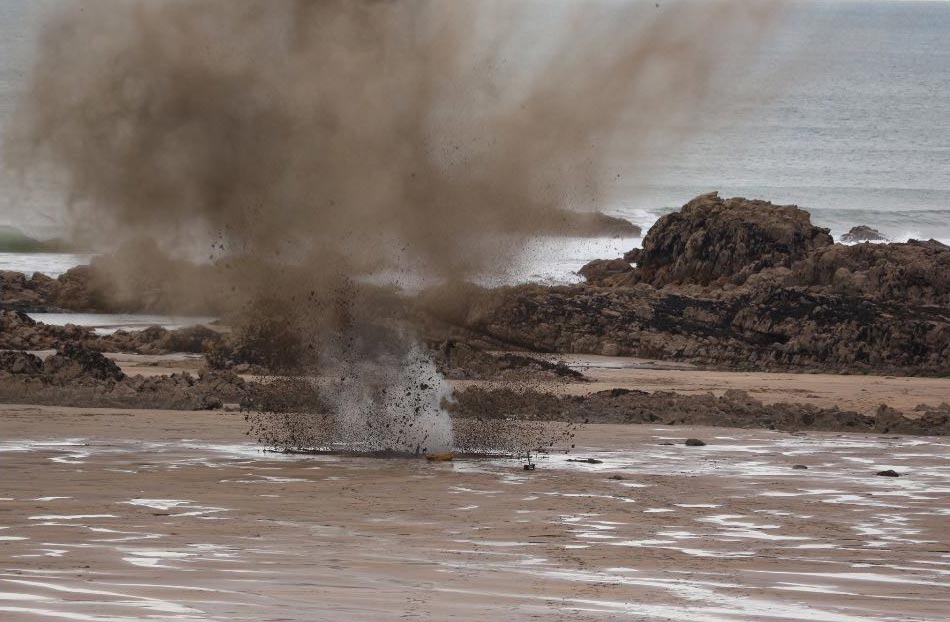 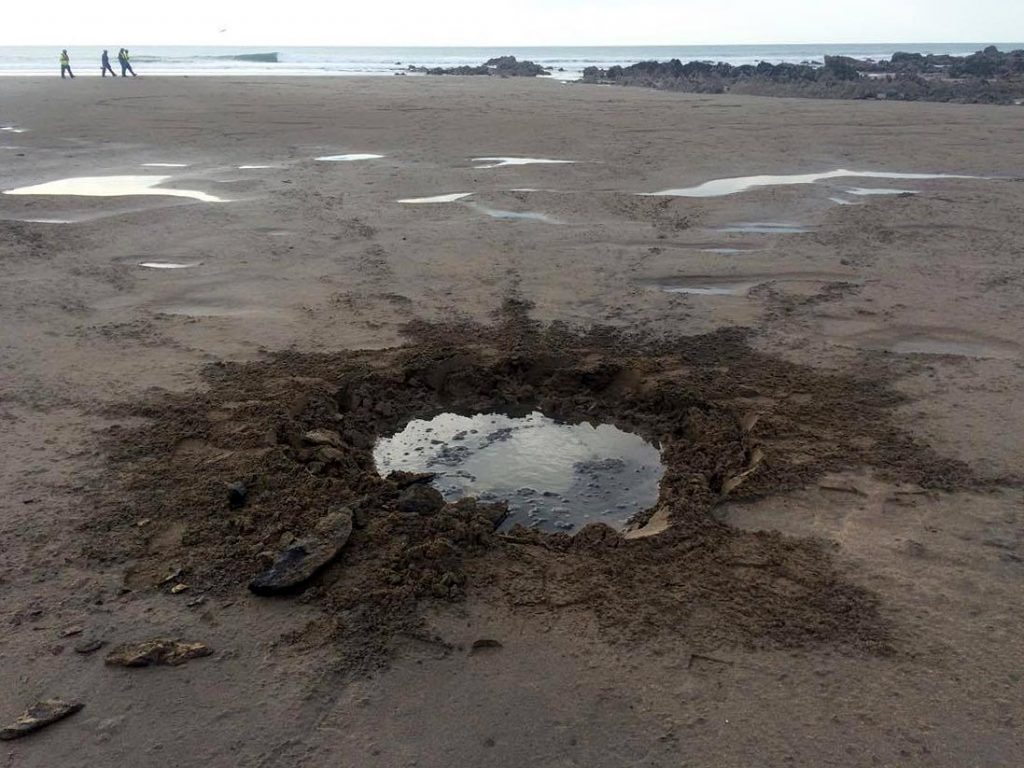 Leaving just a puddle and some shattered rock. 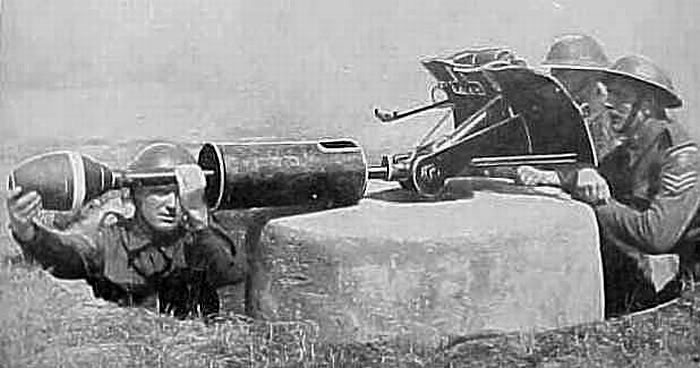 The spigot mortar in action. 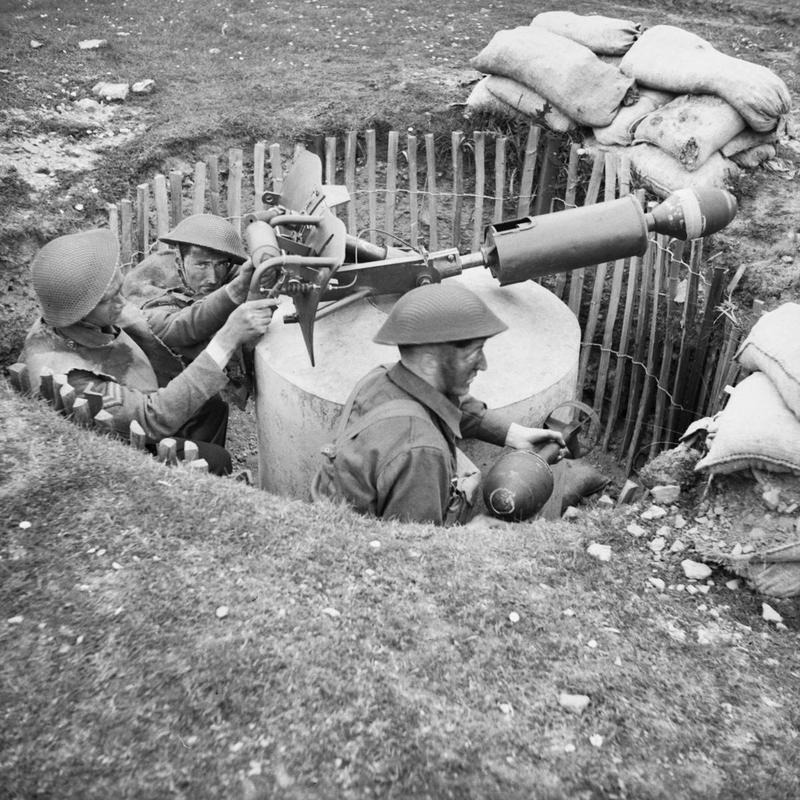 The spigot mortars were used in coastal defence by the Home Guard during the Decond World War. Don’t panic!!

Find out more about The Beach Haven here >> Click