The Top Ten spots to visit in Cornwall this Autumn

Cornwall is a magical place in the autumn. We reckon that the north of the county has the has the most to offer at this time of year too. The wild, rugged and exposed north coast also boasts a number of steep-sided combes with fast flowing streams bordered by golden woodland and of course there is also the wild majesty of Bodmin Moor.

Here, then, is our guide to ten of the best spots to visit in the autumn. 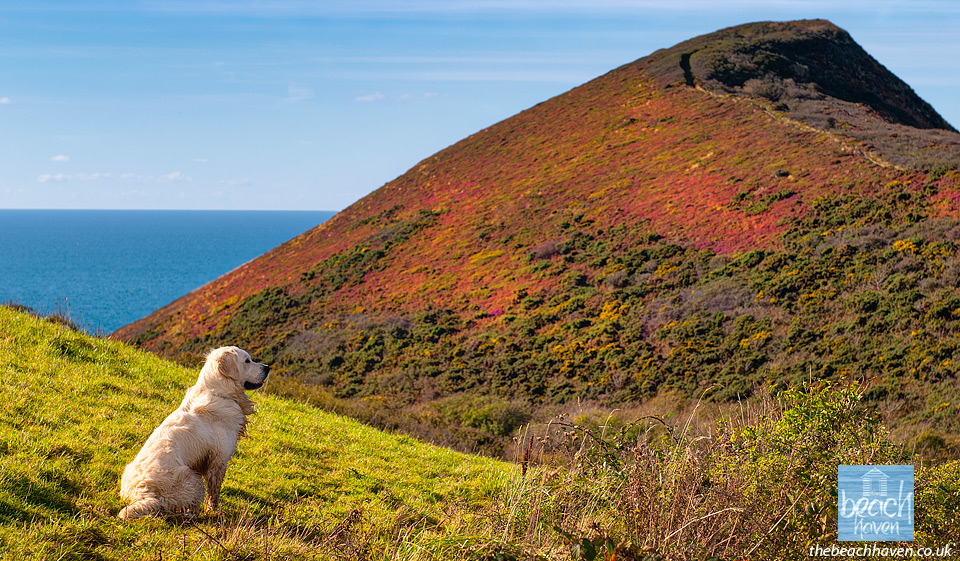 Crackington Haven is a quiet village located at the junction of two steep-sided valleys on the coast between Bude and Boscastle. There are two wonderful woodland and coastal walks that can be undertaken from here. We’re not sure which is our favourite but for this feature we’ve chosen the path that runs south-east through ‘Lover’s Lane’ and the wooded valley before turning up to St Gennys church, to the hamlet of Cleave and returning via the coast path to Castle Point and the imposing 400ft headland of Pencannow Point before returning to the car park and a well-earned drink in the Coombe Barton Inn. 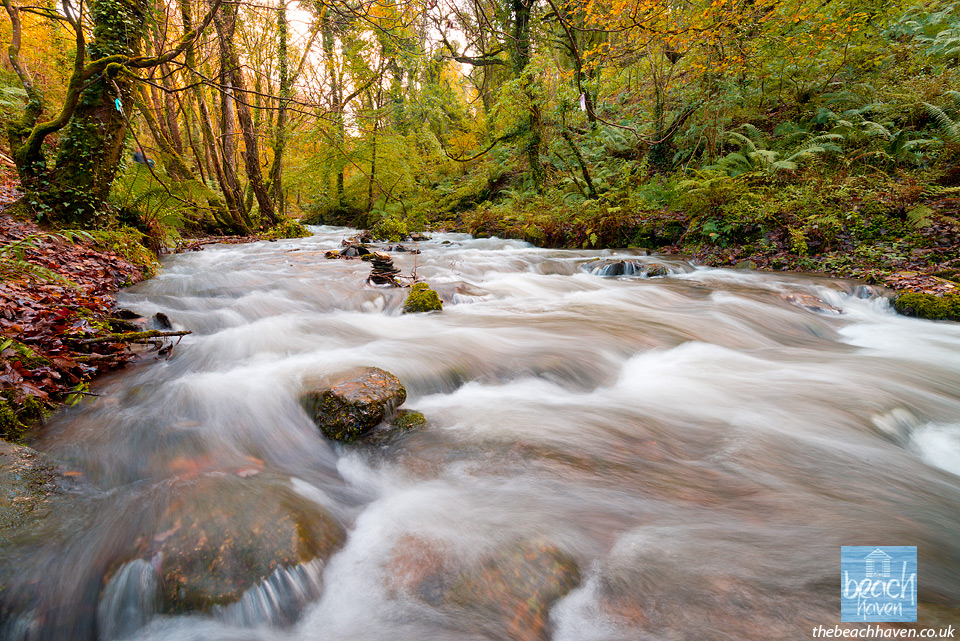 The upper stretch of this stream between Tintagel and Boscastle culminates in a spectacular waterfall, spoiled only by the fact that you have to pay to see it. Whether you choose to do so or not is up to you but the walk there is well worth it in its own right. This walk can easily be combined with number 2 as they are two stretches of the same stream.

This is a low-tide only walk so check the tide-tables before undertaking this one! Warren Gutter is near Duckpool, a lonely, National Trust beach five miles drive north of Bude. From here, Warren Gutter is a short scramble across rocks to the south of the beach. The rock formations can resemble a moonscape and are also incredibly sharp – not somewhere you’d choose to be shipwrecked! Best accessed though on a spring low tide, all the way across the sand, some three miles walk from Bude. 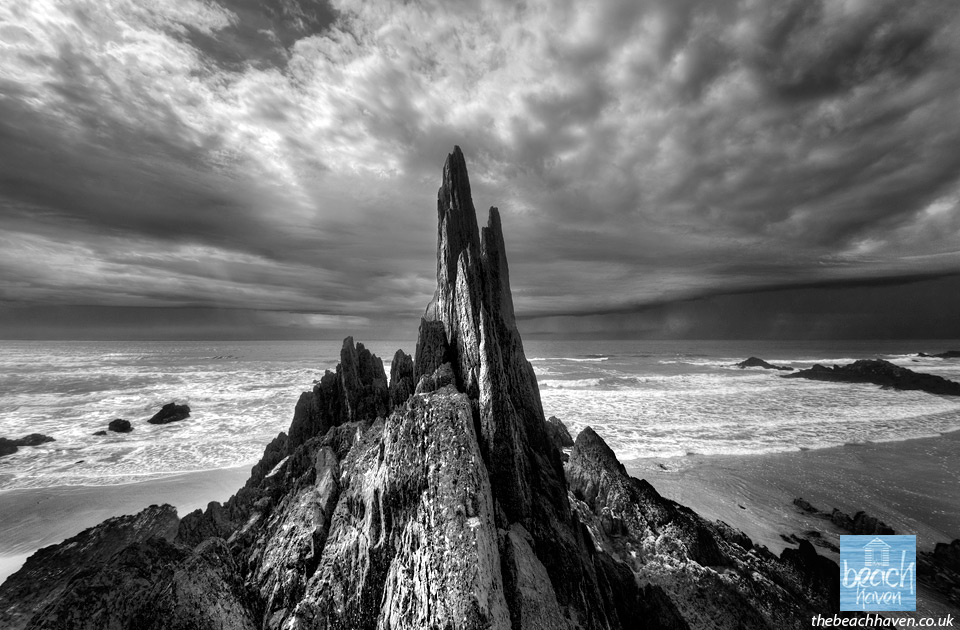 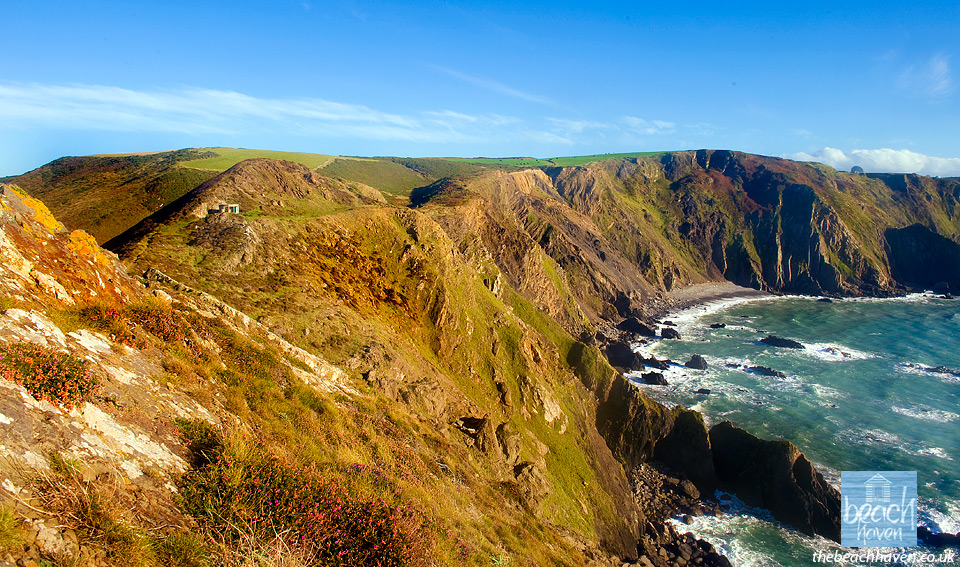 Not too far from Warren Gutter is Higher Sharpnose Point, most easily accessed south along the coast path from  the village of Morwenstow, ten miles north of Bude. On the way you’ll pass ‘Hawker’s Hut’, the National Trust’s smallest property! Higher Sharpnose Point is a steep-sided headland with a path that traverses the ridge and which looks like if it leads to the horizon. It’s not for the faint-hearted in a strong wind! From the end of the Point there are wonderful views both up and down the coast with the Atlantic surf breaking far beneath you. An exhilarating place to be. Once back at Morwenstow you might fancy a cream tea at the Rectory Farm Tea Room or a pint at The Bush Inn. 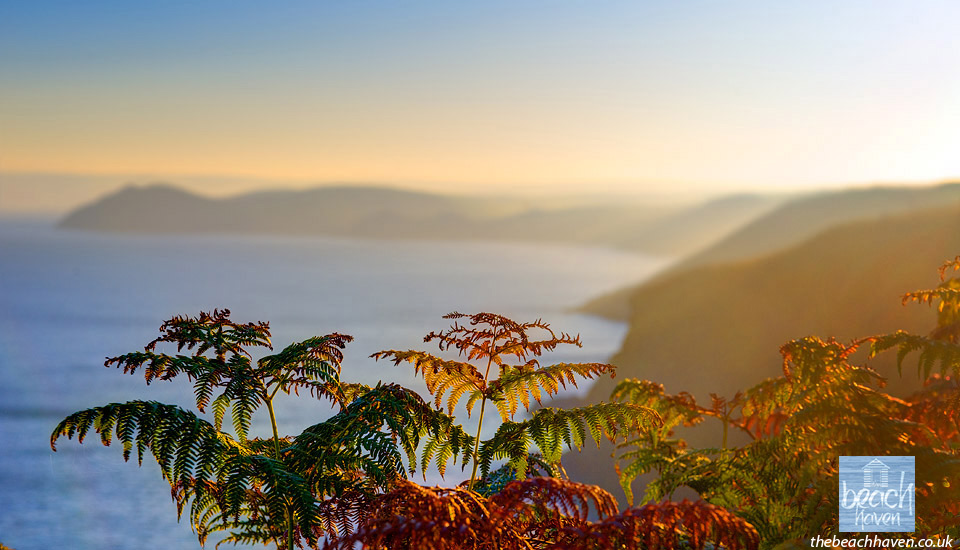 Or more specifically, the cliff path south from Port Isaac. Up Roscarroc Hill and past the cottage used as Doc Martin’s surgery  Once out on to the cliffs you’ll leave the crowds behind and enjoy a wonderful, rugged coastal walk down to Port Quin and Doyden Castle, before returning inland via Roscarrock for some welcome refreshment at the Golden Lion Inn, a treat from May Contain Nuts or perhaps you could push the boat our for a seafood delight at the Michelin-starred Harbour Kitchen! 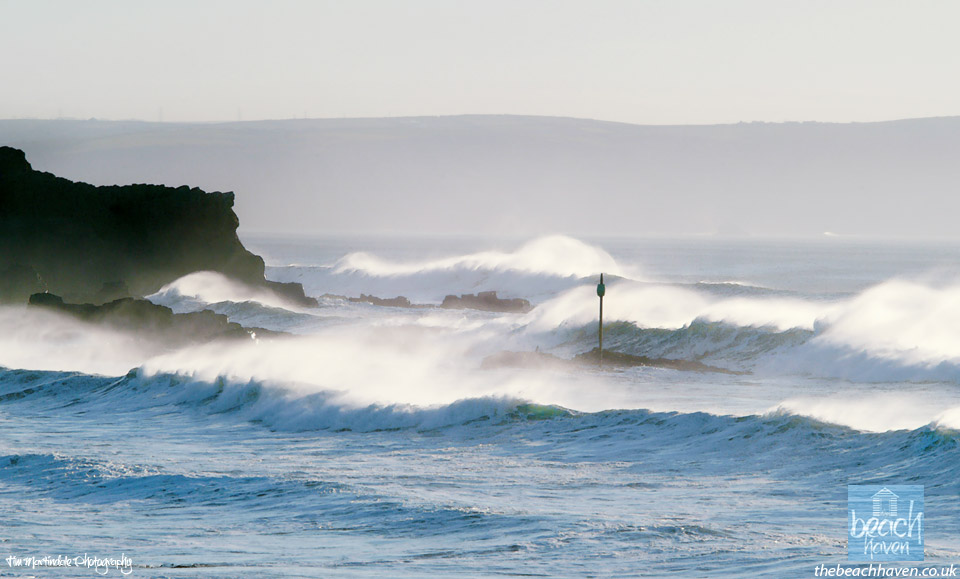 Bude has one of the most exposed harbours in the country. It is why the RNLI trial their inshore rescue boats here! While the harsh conditions make life tough for local fishermen, they can make for some spectacular sights during the autumn and winter storms. It’s a great spot to invigorate your lungs with salty, ozone-laden, Atlantic fresh air! Where better place to take refreshment than at Life’s A Beach, a cafe by day, a bistro by night and with a truly spectacular view over Summerleaze Beach. 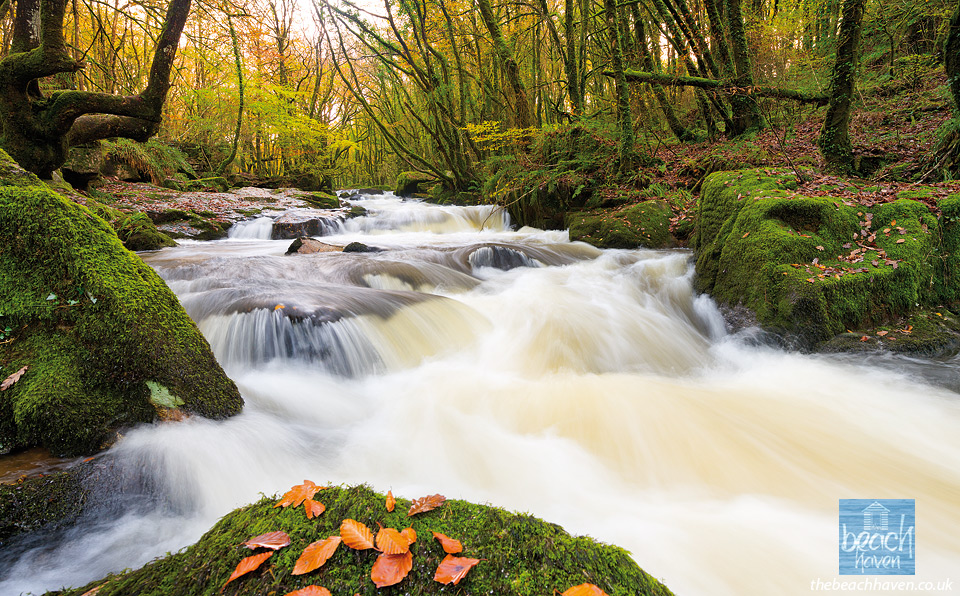 Golitha Falls are on the upper stretches of the River Fowey running off Bodmin Moor on its way to the south coast located between Liskeard and the moorland village of Minions. A short walk from the car park takes you through level woodland alongside the river before you reach the falls – a tumbling section of the river that, without a doubt, looks it’s absolute best at this time of year. It’s a photographer’s delight! 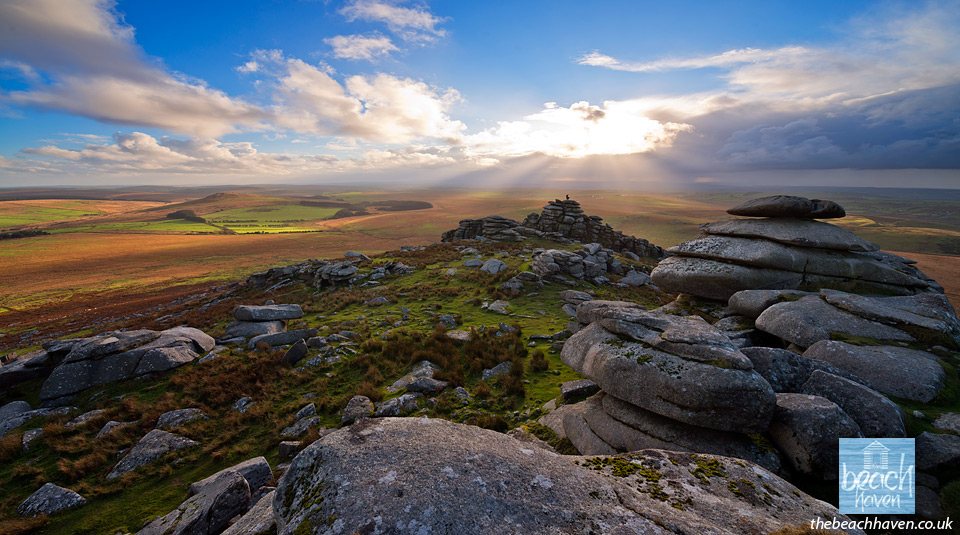 The second highest peak in Cornwall is easily accessed from a car park leaving an uphill walk of a mile or so to reach the granite-strewn summit. On a clear day you can see both the north and south coasts from here. Everyone who visits Cornwall should climb Roughtor at least once! If you’re feeling energetic you could extend your walk another mile to climb Brown Willy and claim to have been the highest person in Cornwall for a while! If you do that, you’ll certainly have earned yourself the right to enjoy the finest pub roast in Cornwall at the Old Inn at St Breward. It’s a beautiful drive down some narrow lanes but well worth it. You might even bump into ‘Poldark’ as they will be filming there this autumn and Bodmin Moor is the location for many scenes! 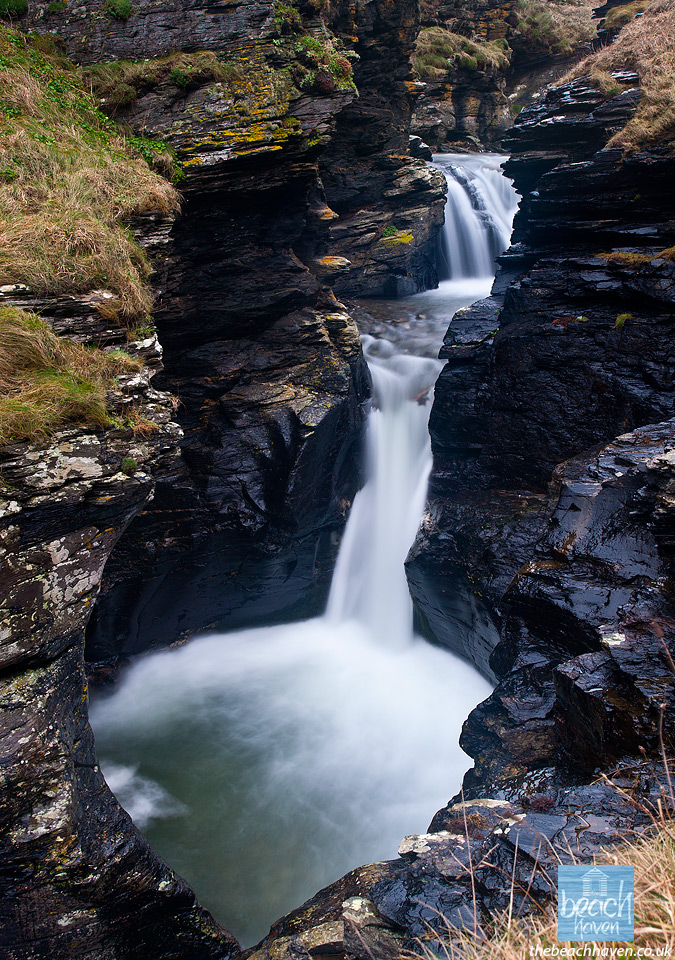 This is the downstream section of number 9 between Boscastle and Tintagel. An enchanting walk down past Trewethett Mill to the coast path culminates in a series of falls before the stream plunges in to the sea. It’s a must-see in north Cornwall and we have previously written a little blog with more photos here. If you fancy some refreshment nearby, we recommend you head into Boscastle where there are three excellent pubs, The Cobweb, The Napoleon and The Wellington. If you like it around these parts you might enjoy the 2016 Boscastle and Tintagel calendar on your wall next year.

Number One: The Camel Trail 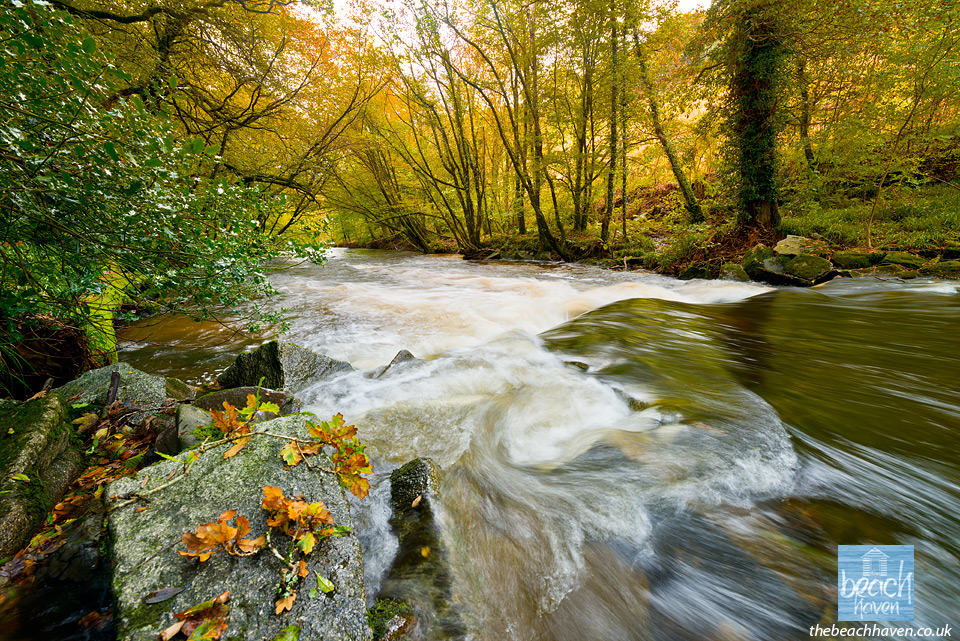 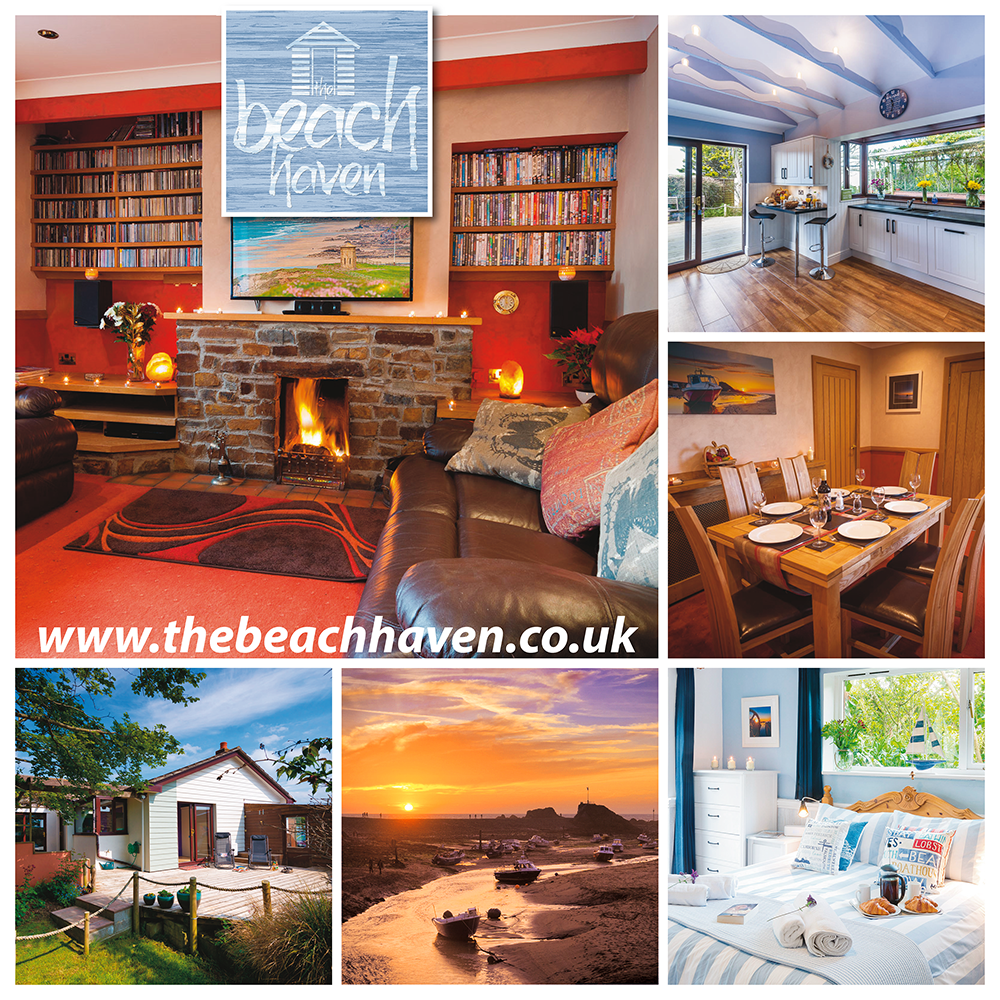 While most people who explore part of the Camel Trail will head to Padstow from Wadebridge, we recommend that you explore the upper part of the trail from Wenford Bridge (near St Breward) to Dunmere near Bodmin. Whether you choose to cycle or walk, you’ll enjoy some fabulous autumn scenes and scents in a peaceful, family-friendly environment which is both pushchair and wheelchair friendly. At this time of year the path will be golden from the fallen leaves – and who doesn’t enjoy kicking their way through autumn leaves! Our favourite refreshment spots are at either end of the trail. We’ve already mentioned the Old Inn at St Breward but if you decide to go all the way into Padstow for some fish and chips, we suggest you don’t head for the well-know chef’s outlet but instead try ‘Chip-Ahoy‘ in a side street off the harbour. (It’s where the locals go – say no more!)

After all that, do you fancy an autumn holiday in Cornwall? We have vacancies throughout November, check out the rest of our website – click here

(All photos by Tim Martindale Photography)