All you wanted to know about a cream tea but were afraid to ask!

The Cornish Cream Tea is truly a thing of splendour but with National Cream Tea Day coming up this Friday you could unwittingly be munching your way through a minefield!

Why? Well because both the Cornish and Devon folk claim it as there own. Sadly, of course, the Devon folk are mistaken and they even get an important feature incorrect! The jam goes on first! Our wonderful Cornish Clotted Cream is the crowning glory, not a butter substitute! 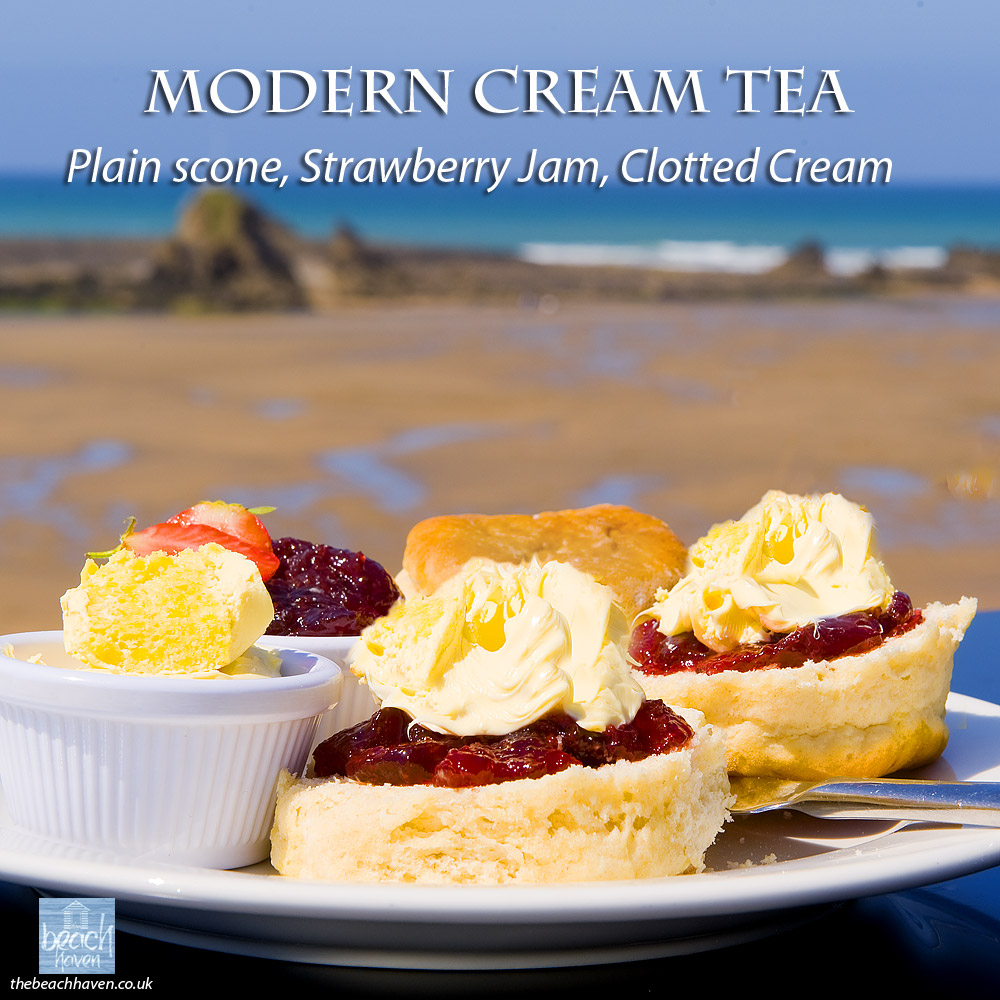 In truth though there is more than one variety of Cornish Cream Tea – even if you stick to the ‘jam first’ rule.

Most Cornish Cream Teas you find these days are based on a scone but the traditional cream tea is actually made with a Cornish split; a slightly sweet bread roll. This is then covered with a top quality jam and finally the clotted cream is generously dolloped on top. Should you have a scone rather than a split, (and the chances are you will) the golden rule is that it should be a plain scone, not one with fruit in. All the fruit content should be within the jam! And for even more controversy, don’t get started on the pronunciation debate! (Although we are firmly in the John-scone camp and not the Joan-scone!) 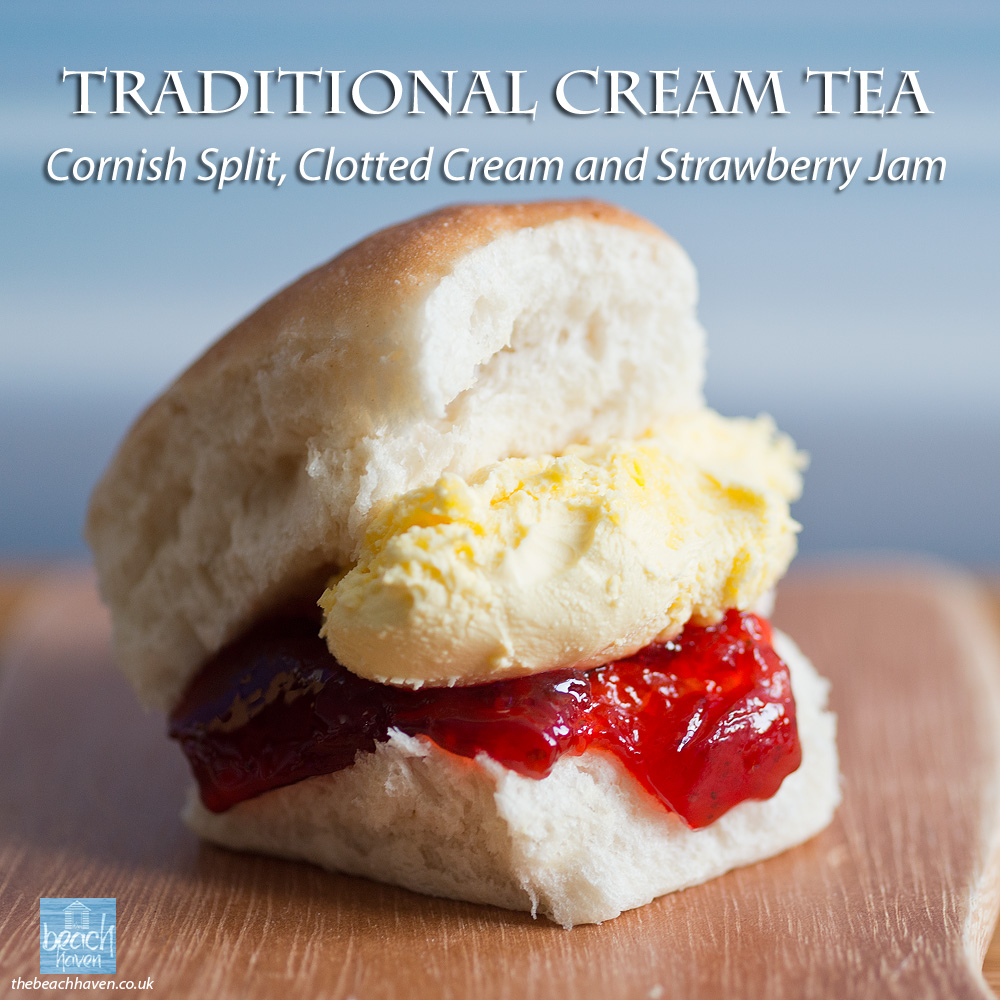 A traditional Cornish Cream Tea is made with a sweet bread, know as a ‘split’. Bleddy ansum it is too!

Another Cornish variation of the cream tea is Thunder and Lightning. Again a Cornish split is used for the base but this time the clotted cream goes on first, before either treacle, golden syrup or honey is poured on the top, for the ultimate sugar rush!

Which one do you fancy right now? 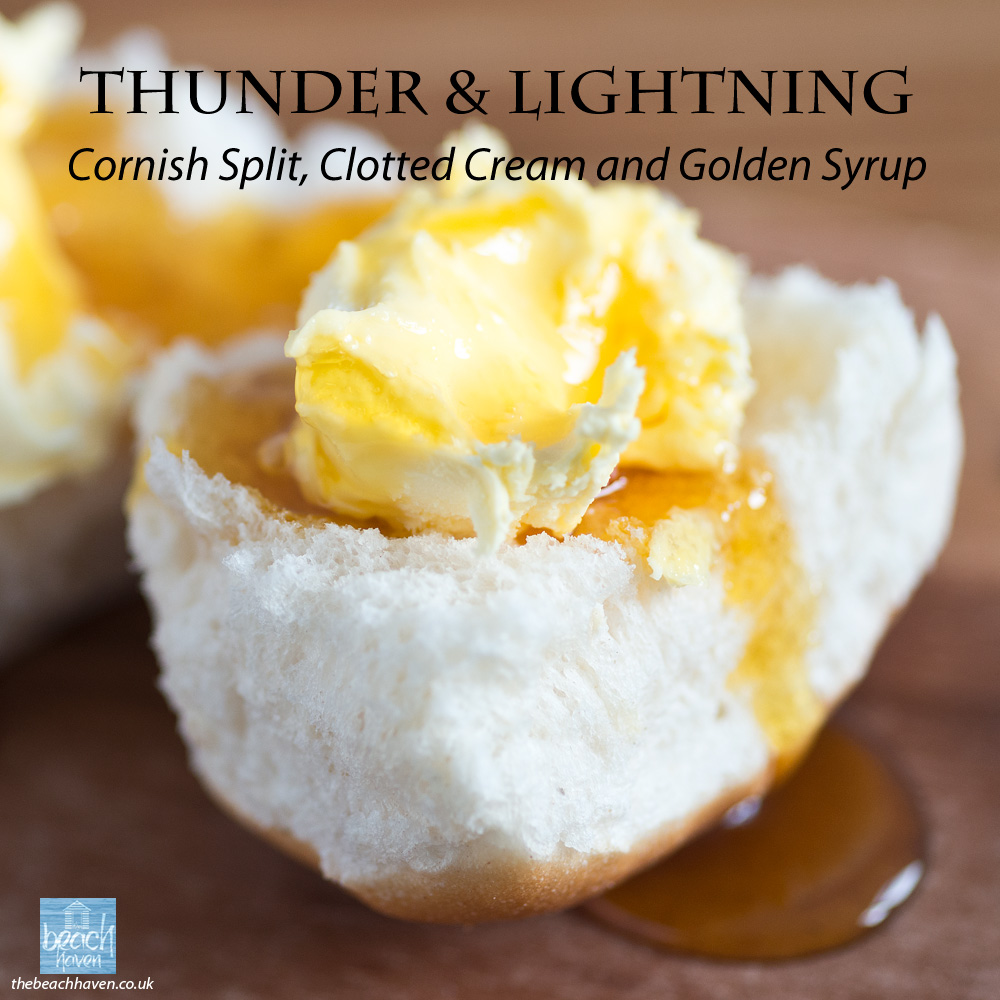 How about this one: ‘Thunder and Lightning’? A Cornish split covered with clotted cream and syrup (or noney) 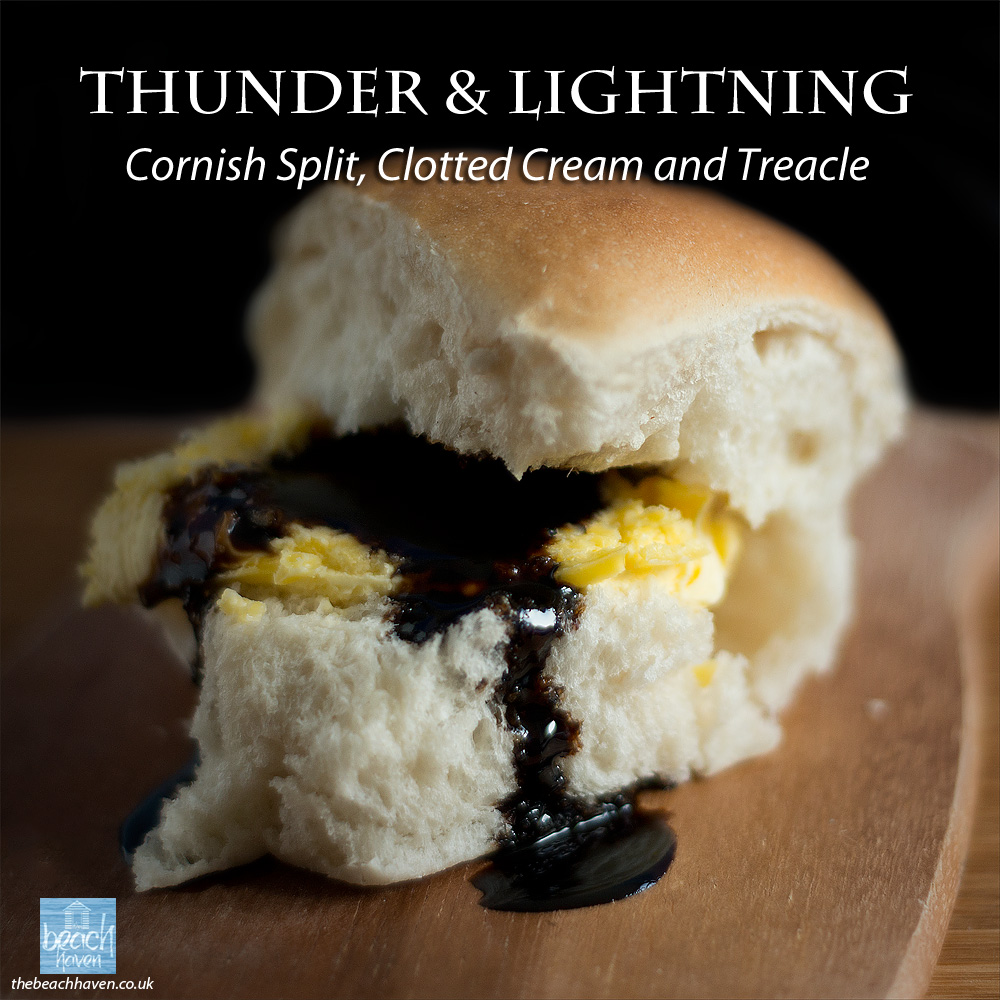 Another variation of Thunder and Lighting – this time with treacle!! 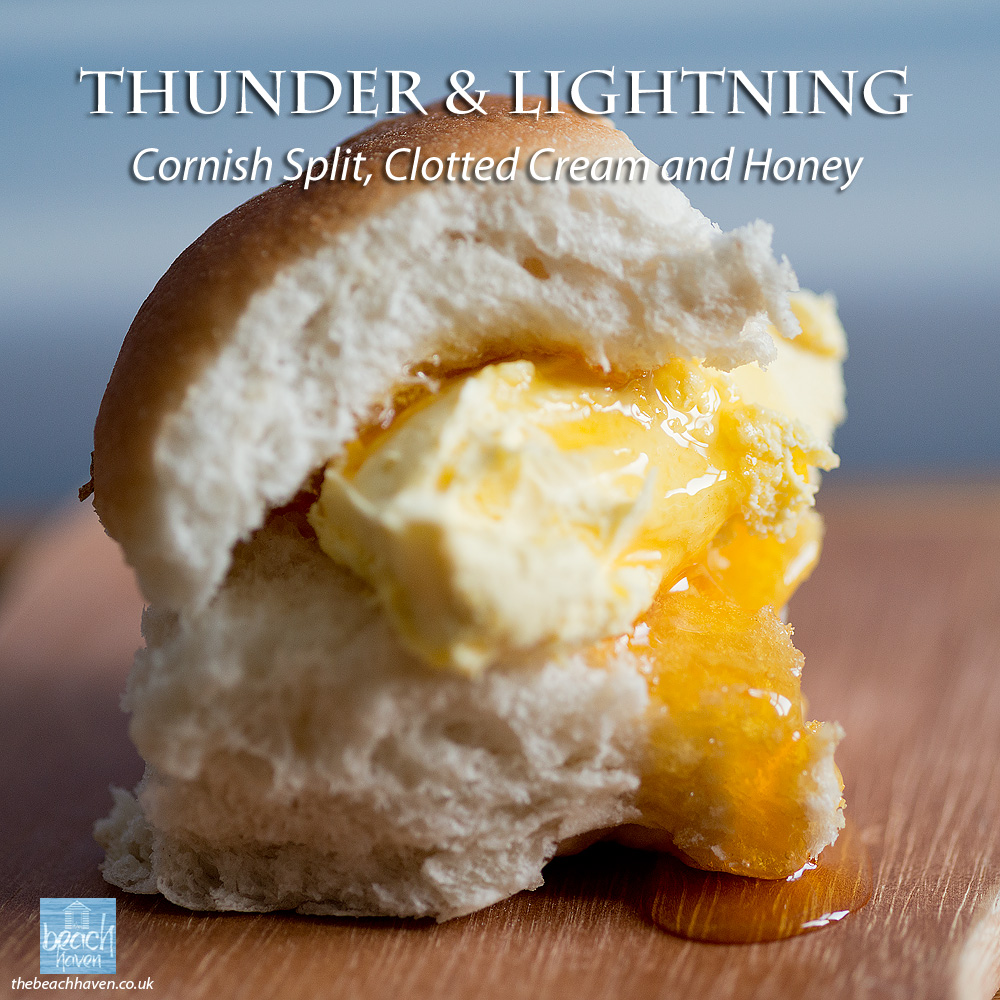 Our favourite version of ‘Thunder and Lightning’. A split with a gurt big dollop of Cornish clotted cream and honey. Mmmmm 🙂 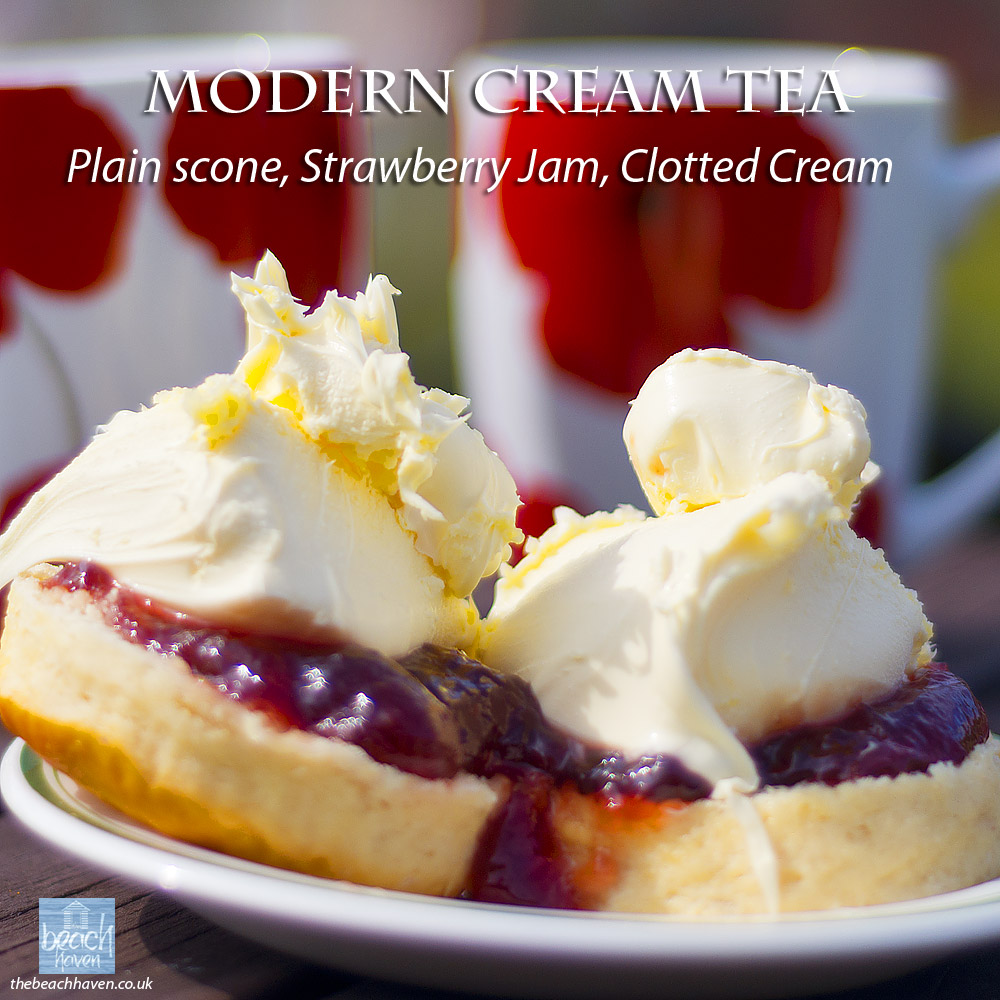 A Cornish cream tea from the Rustic Tea Garden at Northcott Mouth near Bude. The perfect place to visit on National Cream Tea Day. 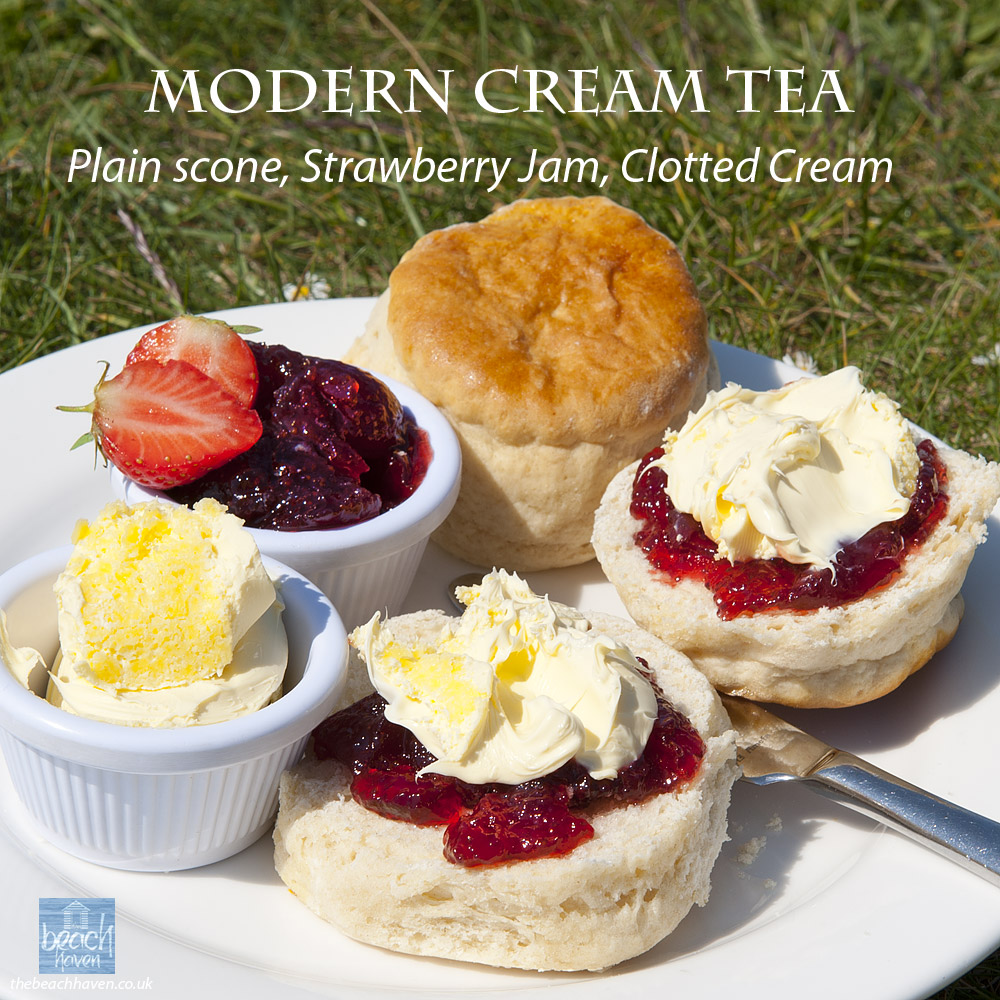 Why not pack a Cornish cream tea picnic on National Cream Tea day? 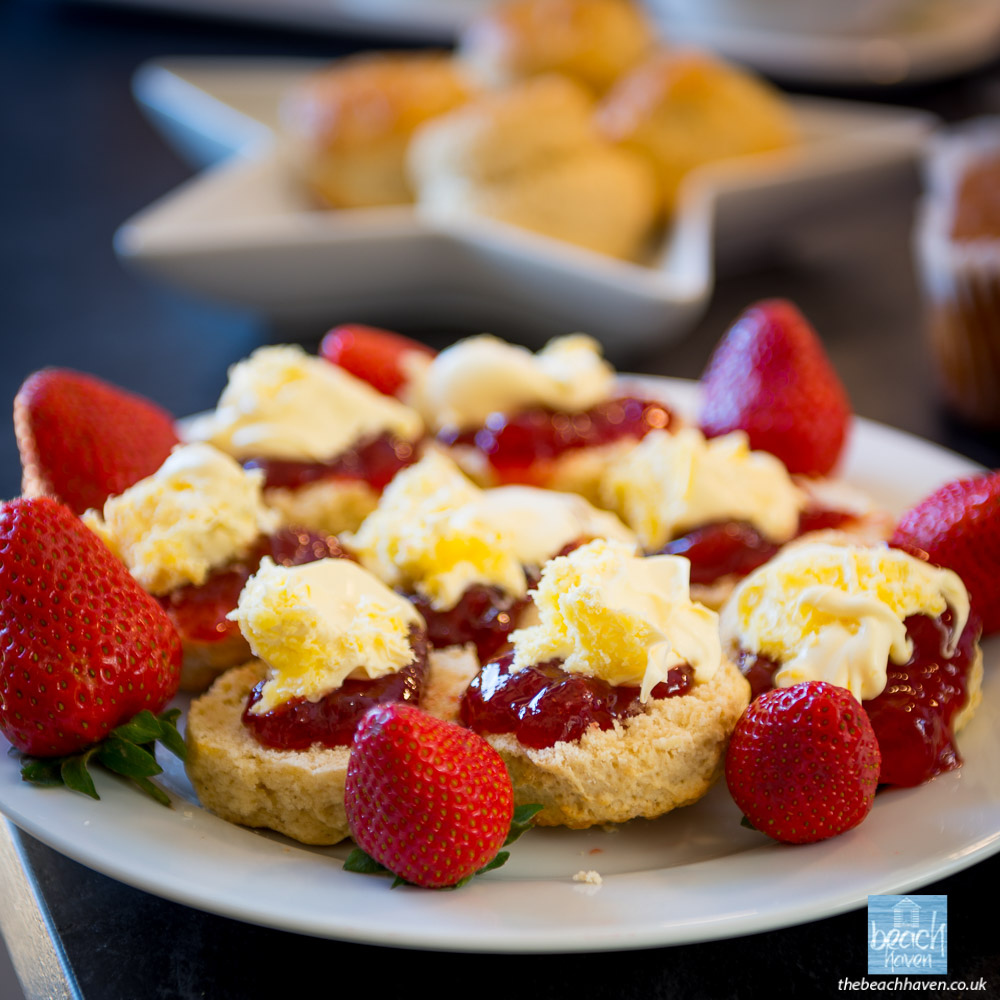 The Cornish Cream Tea that awaits guests at The Beach Haven holiday accommodation in Bude. The perfect treat for National Cream Tea Day.

All visitors to The Beach Haven are greeted by one of Maria’s home-made cream teas with Rodda’s Cornish clotted cream for the perfect start to your holiday in Cornwall. Click here for details. 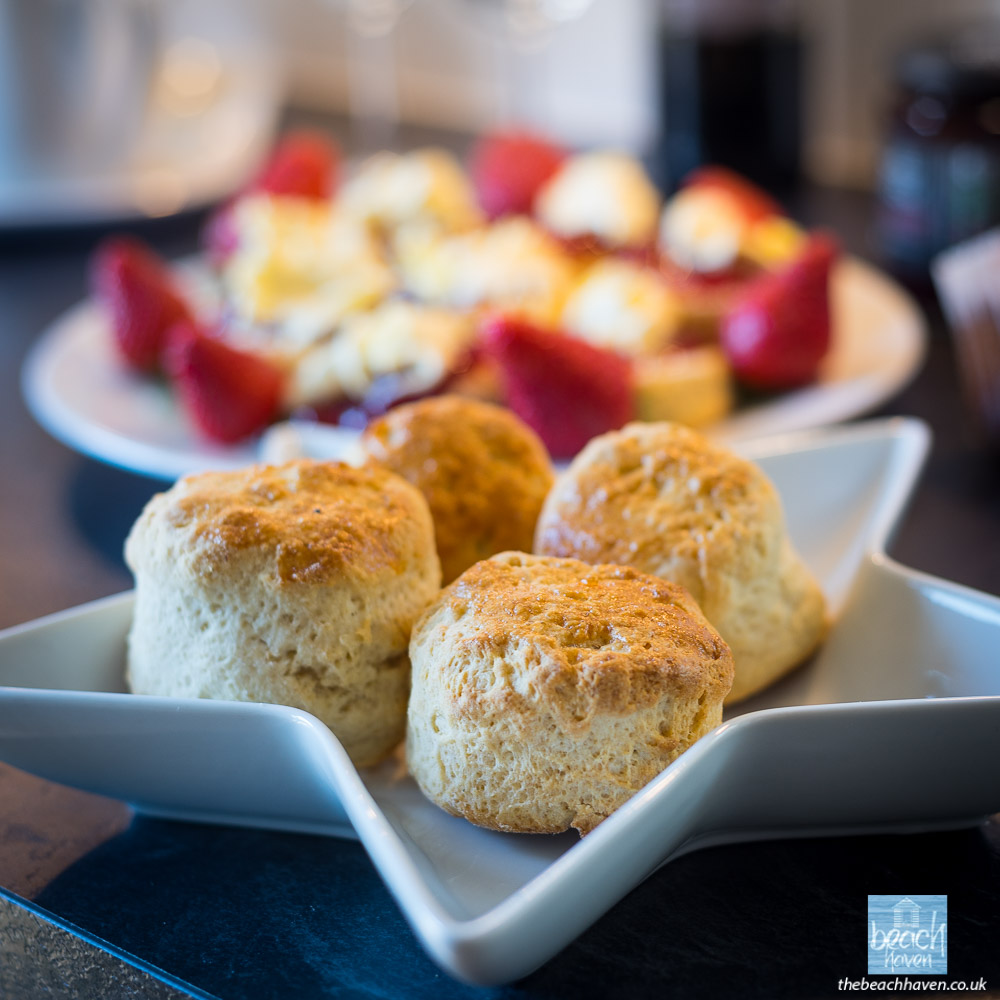