Cornwall and north Devon are no strangers to film crews. The long-running Doc Martin films every two years just twenty miles down the coast in Port Isaac, and Poldark films every year in various different locations around Cornwall. Recently, scenes from the Night Manager were shot around Hartland just up to the coast over the Devon border, and Miss Peregrine’s Home for Peculiar Children was shot on the south Cornwall coast. In a new film, The Guernsey Literary and Potato Peel Pie Society, one scene was shot even closer to home: Sandymouth, a two mile walk up the beach at low tide from Bude.

The production a big-screen adaptation of the international best-selling historical novel, directed by Mike Newell (Four Weddings and a Funeral/Harry Potter: Goblet of Fire). The film, which stars Game of Thrones’ Michiel Huisman and Downton Abbey’s Lily James and Jessica Brown Findlay, is set on the Channel Island of Guernsey in the aftermath of World War II. However many of the filming locations for Guernsey Literary Potato Peel Pie Society have been set in north Devon. Hartland Abbey, Clovelly and Bideford have all been used. In another scene, a WW2 Dakota transport aircraft landed on the beach at Saunton in north Devon! 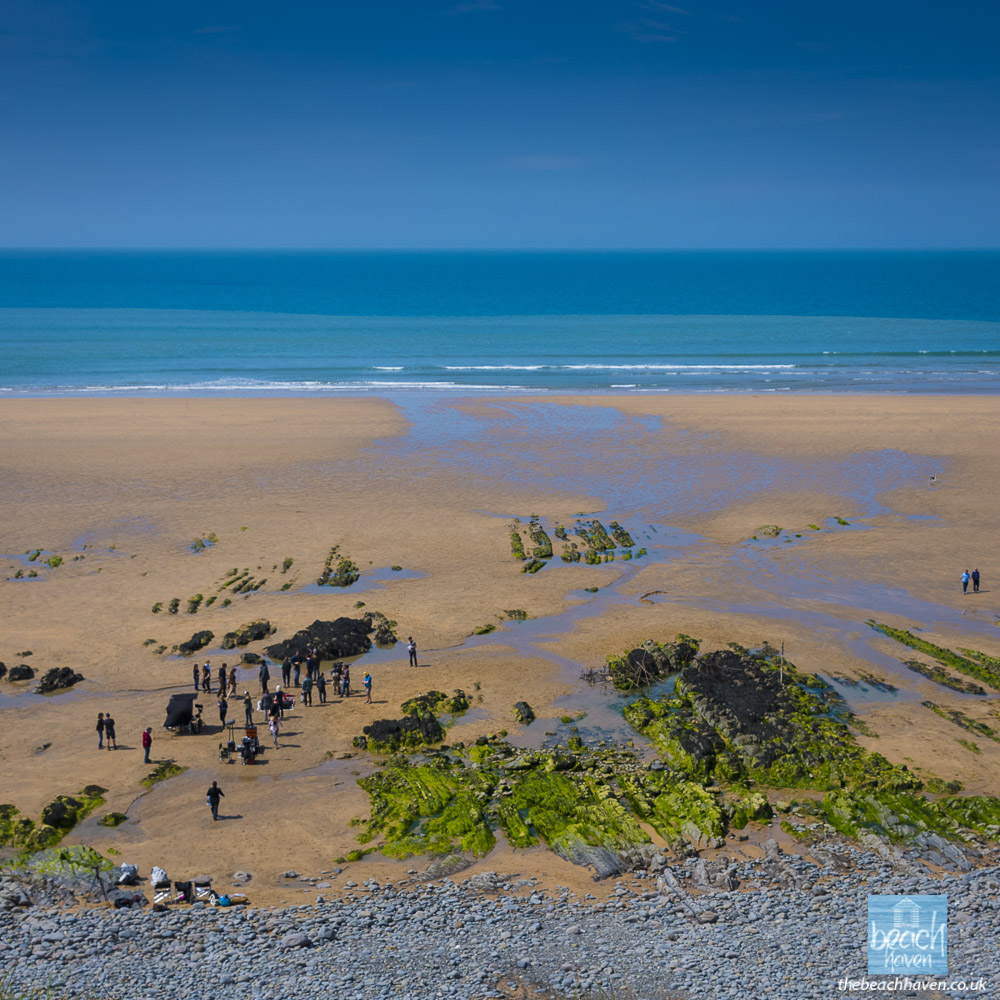 At Sandymouth, on a gloriously sunny and warm May afternoon, the scene was set, when the tide dropped, with invasion tank traps, barbed wire and an unexploded mine sign all set out amongst the rocks. The two lead actors, Lily James (from Downton Abbey and War & Peace) and Michiel Huisman were present throughout the day, filming multiple takes until the incoming tide halted proceedings. 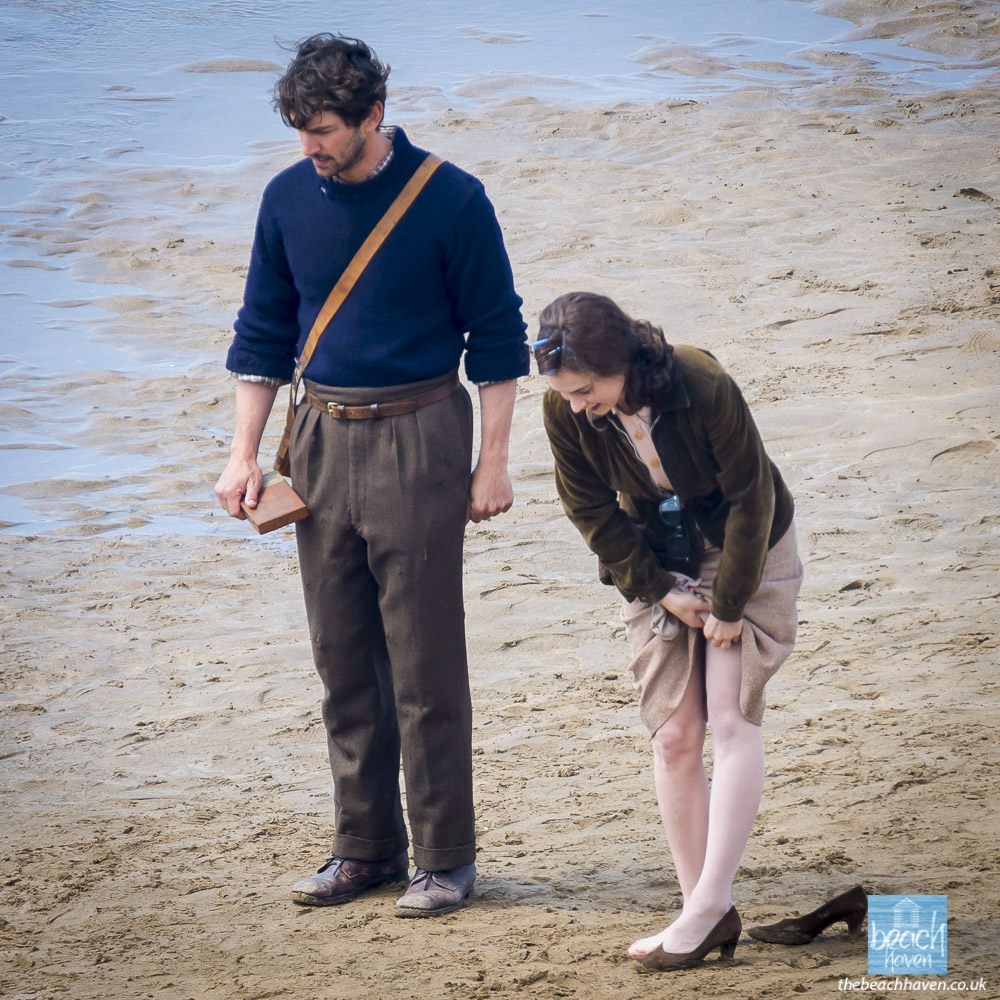 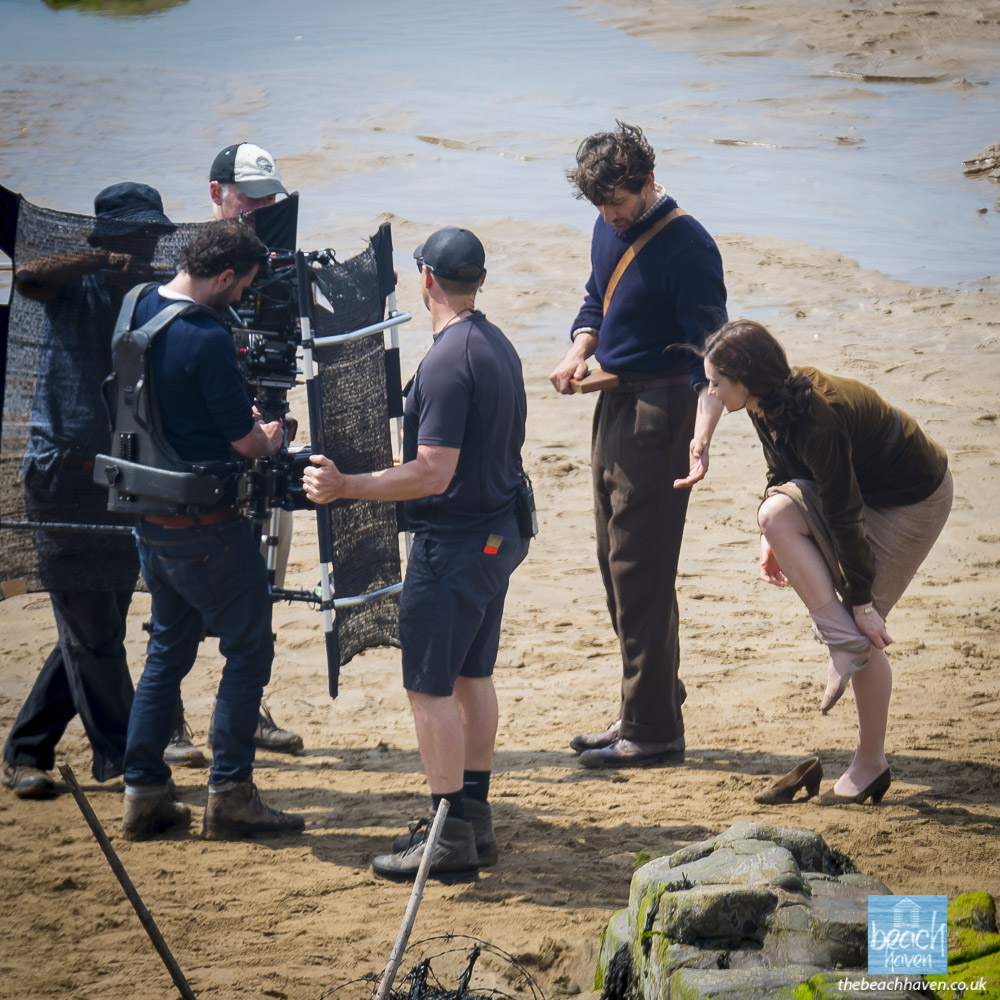 One scene required Lily to remove her shoes and stockings to paddle on the beach. The poor girl had to repeat this about thirty times for all the different takes and camera angles!

The cast and crew of the Guernsey Literary Potato Peel Pie Society stayed in Bude during filming and were a relatively common sight in the local hotels and restaurants.

We can’t wait to see the results of their endeavours when the film is released on 20th April 2018. 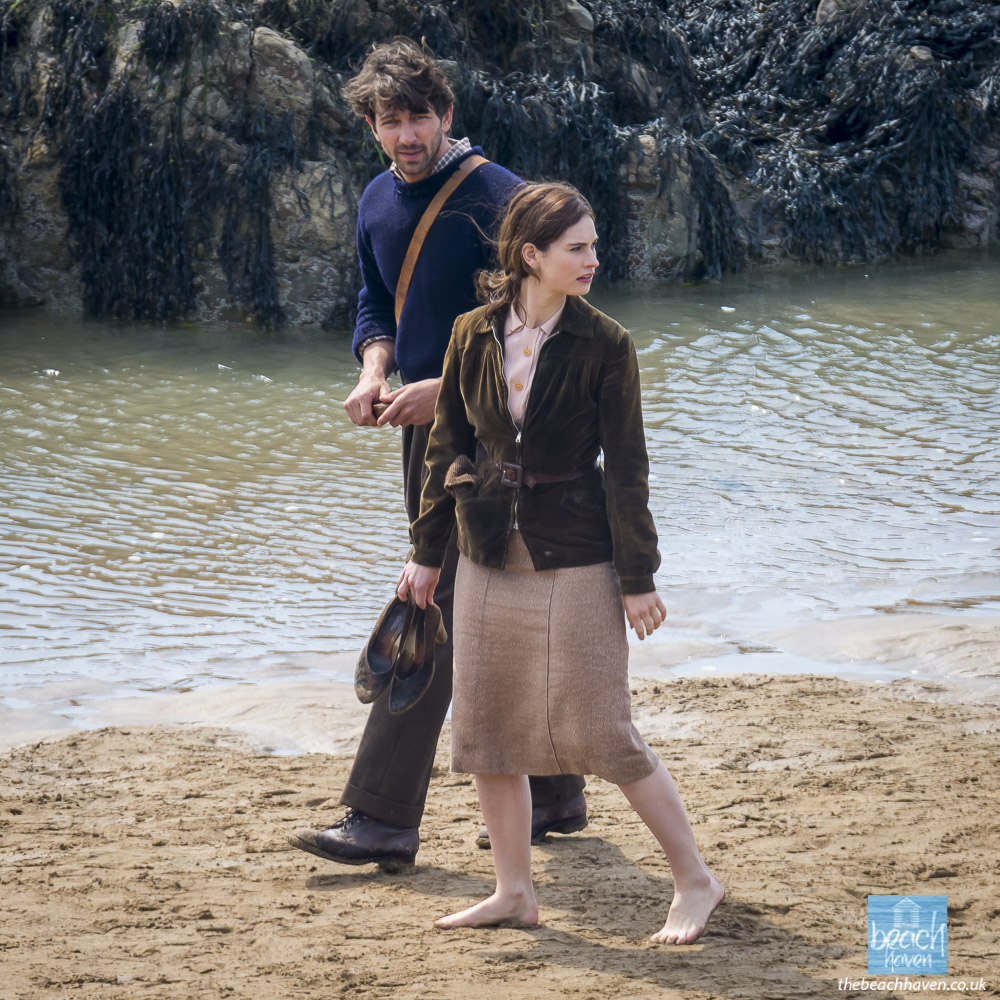 Lily James cools off by taking a paddle in between takes for The Guernsey Literary and Potato Peel Pie Society. 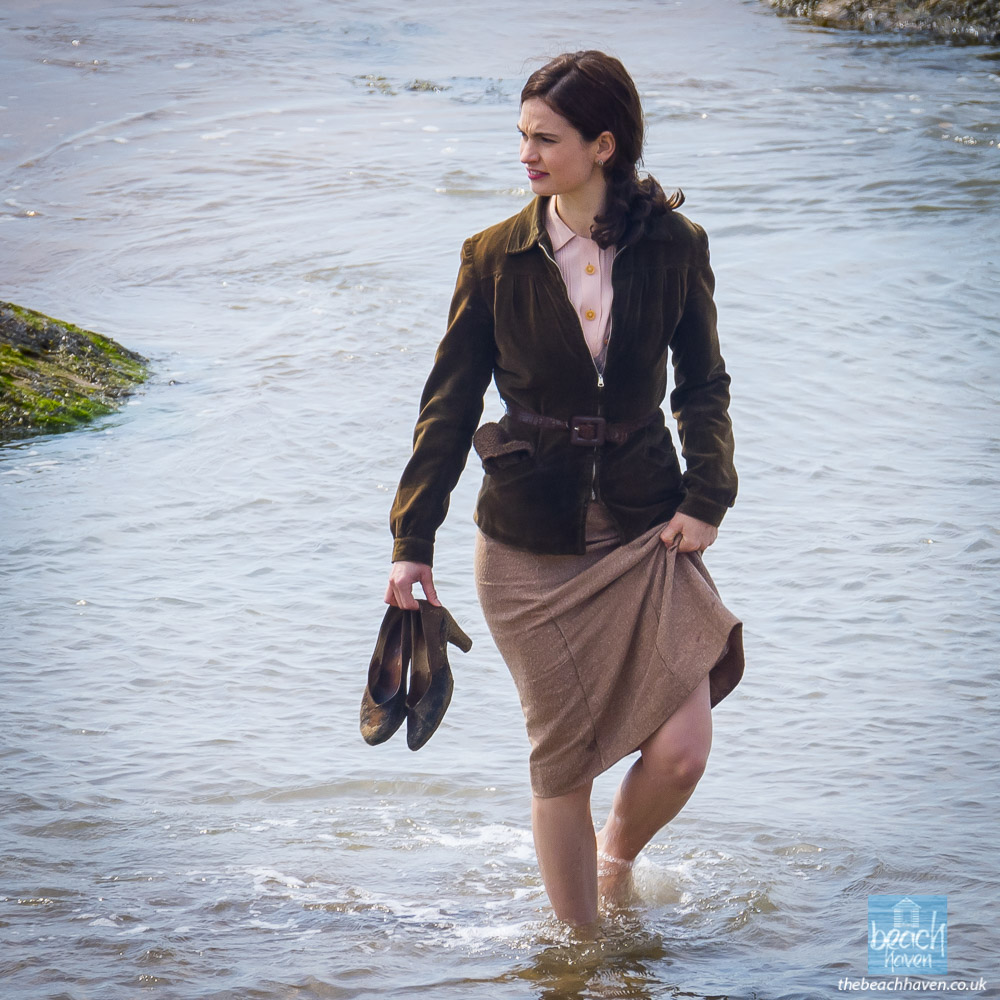 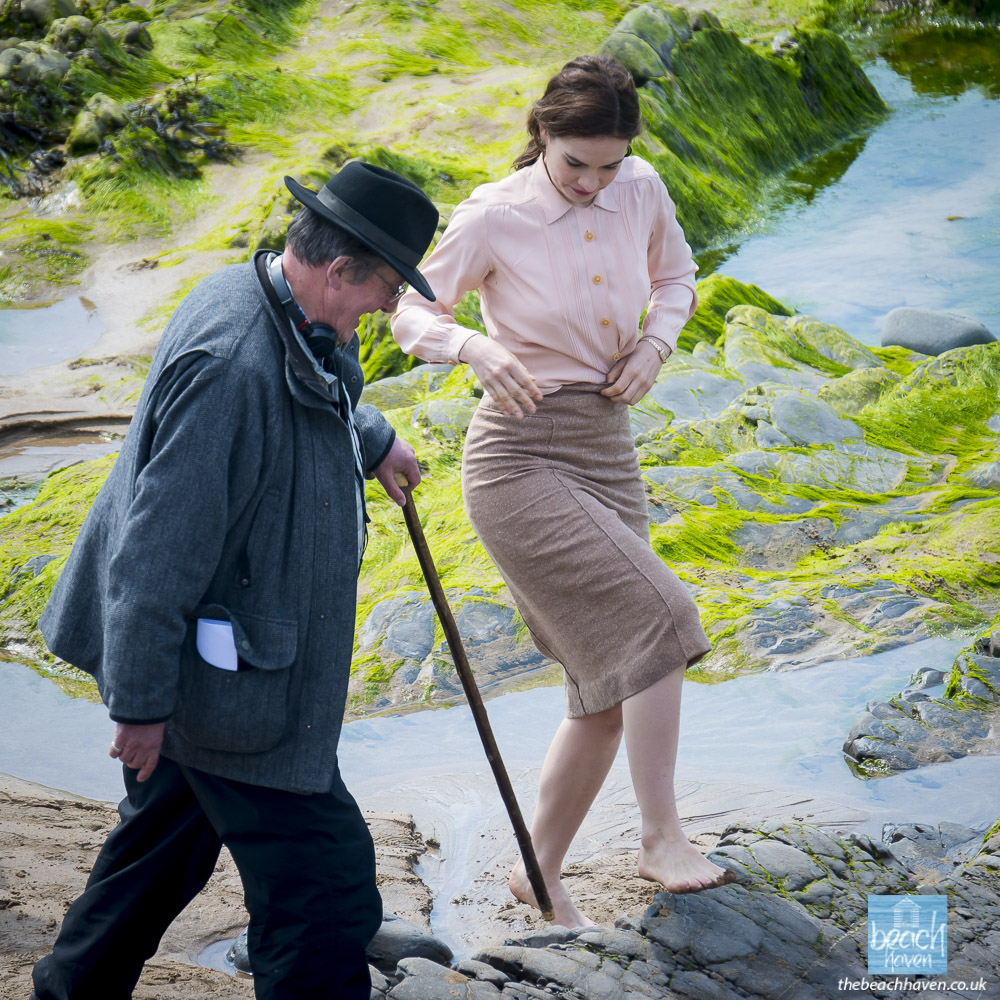 A quick costume change for Lily for some promotional photographs. 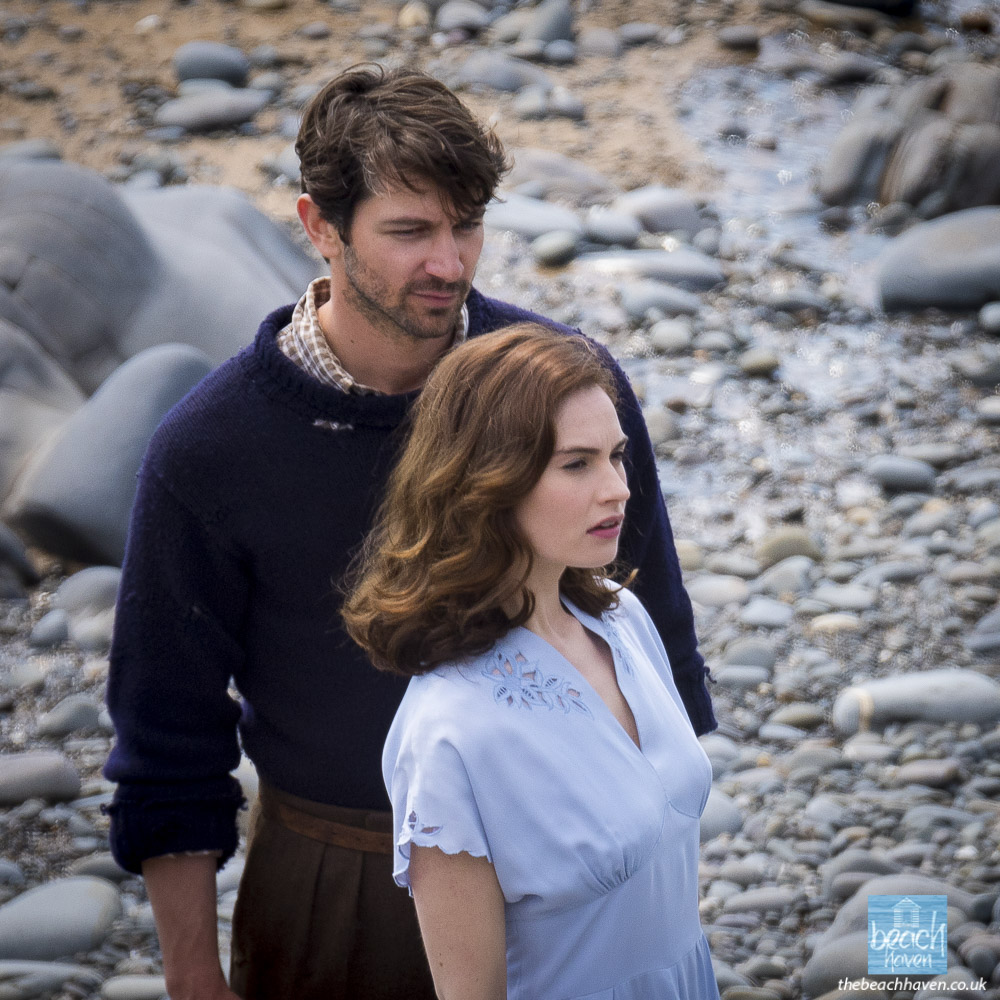 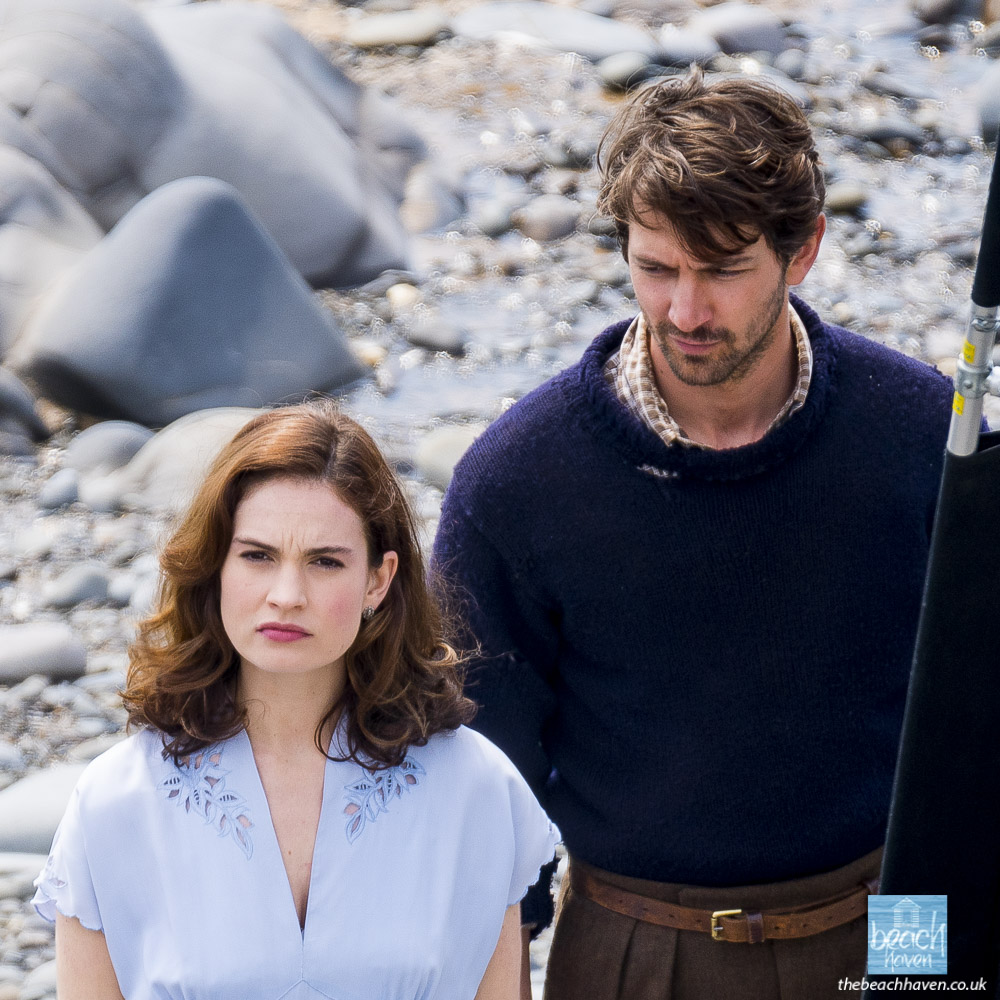 Pretty as a picture. Lily James looking very elegant in her 1940’s dress. 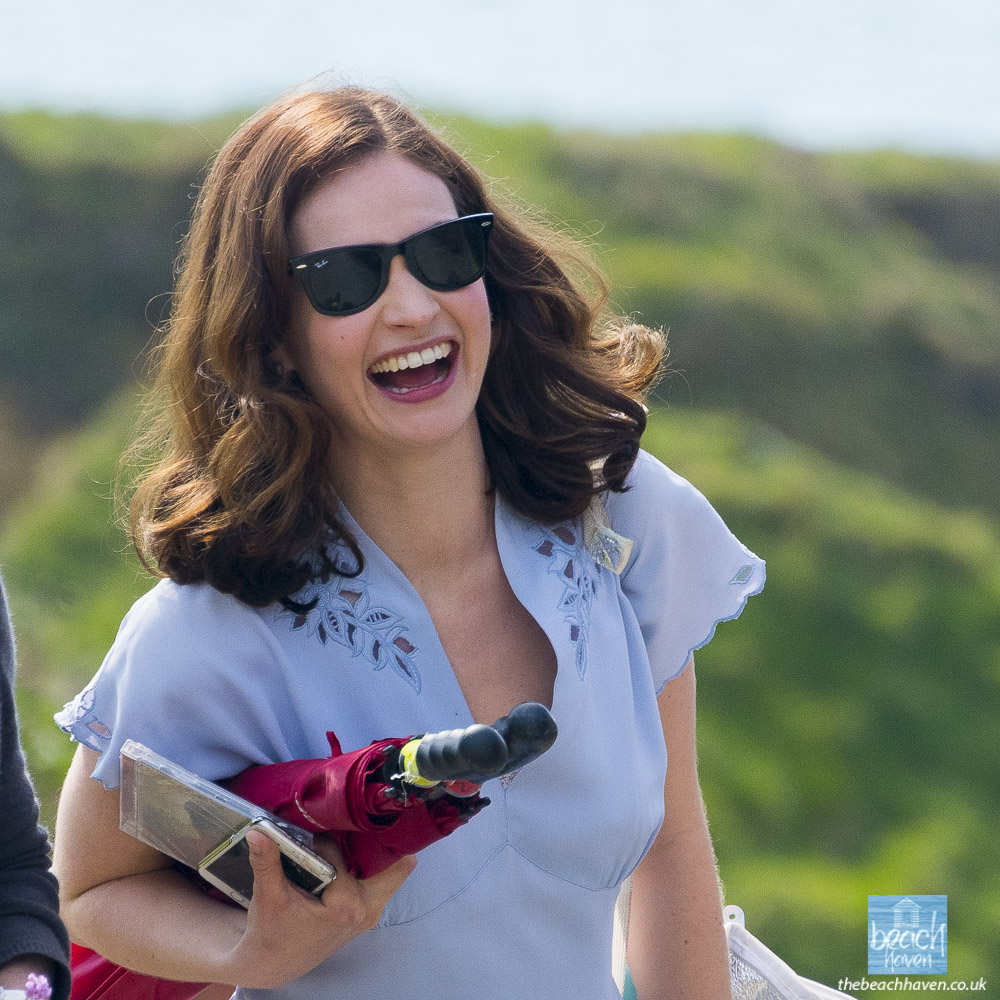 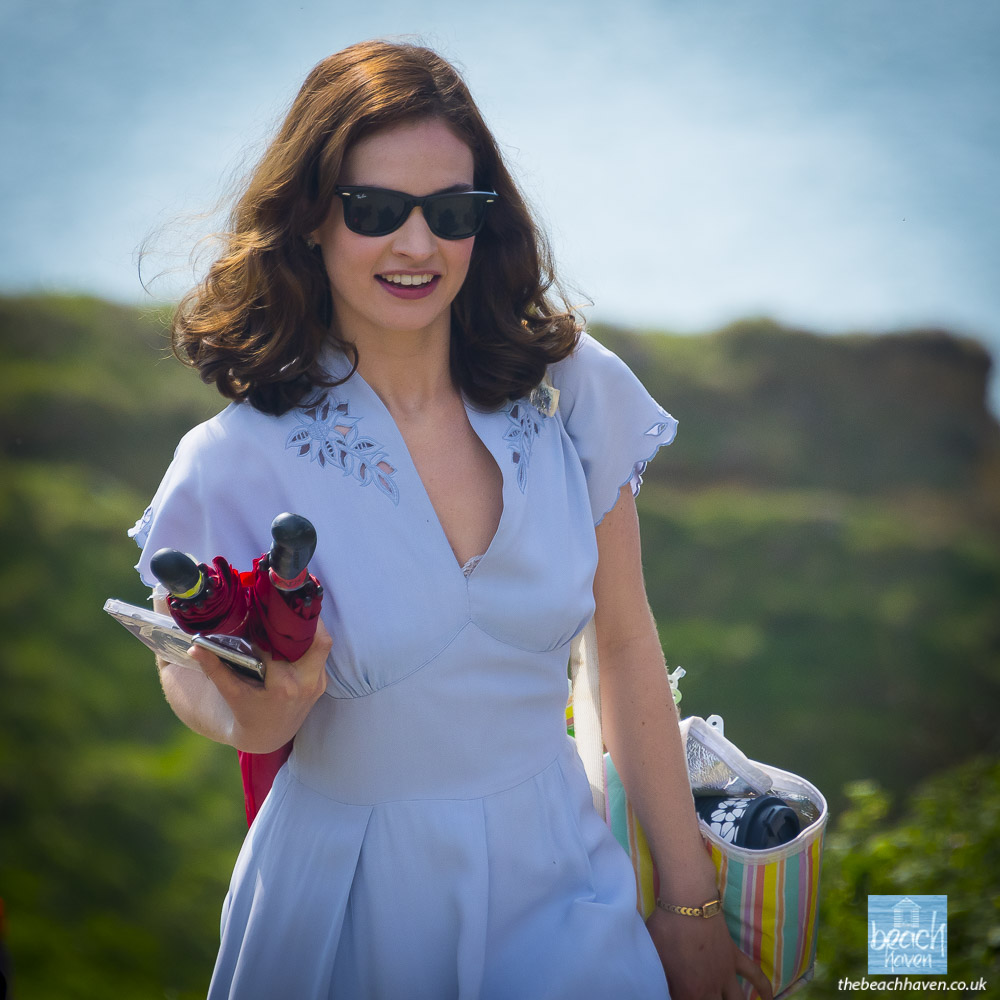 A relaxed-looking Lily James at the end of the day’s filming the Guernsey Literary Potato Peel Pie Society at Sandymouth.

>> Check out our Special Offers on a holiday at The Beach Haven.

Sandymouth is a popular National Trust owned beach a few miles north of Bude. At low tide it is possible to walk (or paddle) there from The Beach Haven along the sand, or along the clifftops to enjoy the spectacular coastal scenery. If you fancy exploring it for yourself, check out our availability here.

We hope we can welcome you to The Beach Haven soon 🙂